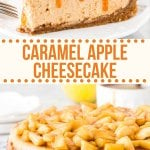 The ultimate apple dessert – this caramel apple cheesecake has a creamy cheesecake filling that’s infused with caramel and topped with cinnamon apples. Make it for a fancy dinner party and wow your guests. 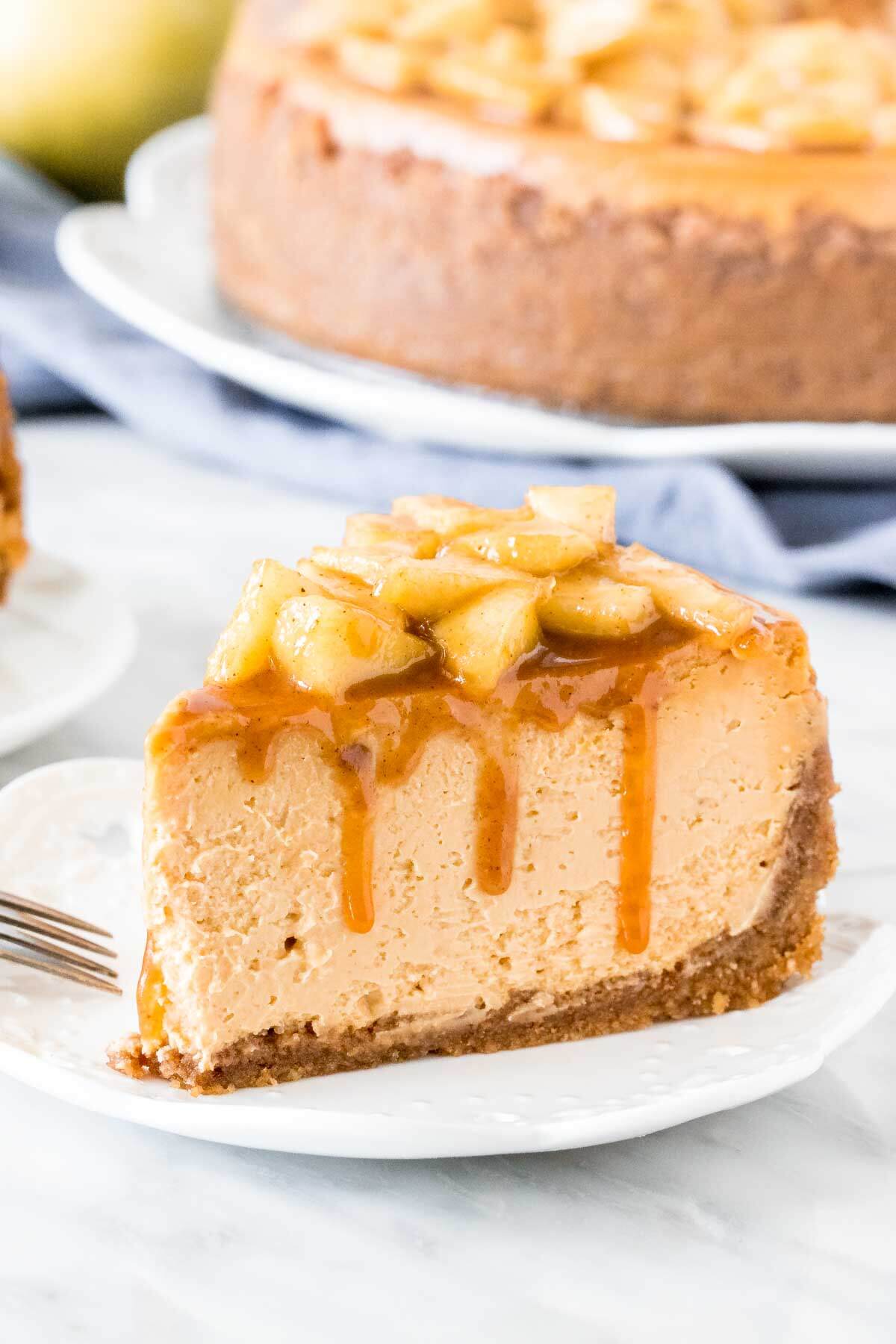 When it comes to apple desserts, I think everyone typically thinks about apple crisp or apple pie – but if you want a recipe that’s a little out of the box, a little more decadent and tastes like fall in cheesecake form – then this caramel apple cheesecake is the perfect recipe. It starts with a thick and crunchy cinnamon graham cracker crust. Then the filling is deliciously creamy and tangy with a salted caramel flavor that’s not too sweet. After the cheesecake is baked and cooled, it’s topped with cinnamon caramel apples.

There’s essentially 3 parts to this recipe: the crust, the caramel cheesecake filling, and the apple topping. Therefore, the recipe card below has quite a few steps – but don’t be discouraged. The recipe itself isn’t actually that complicated. 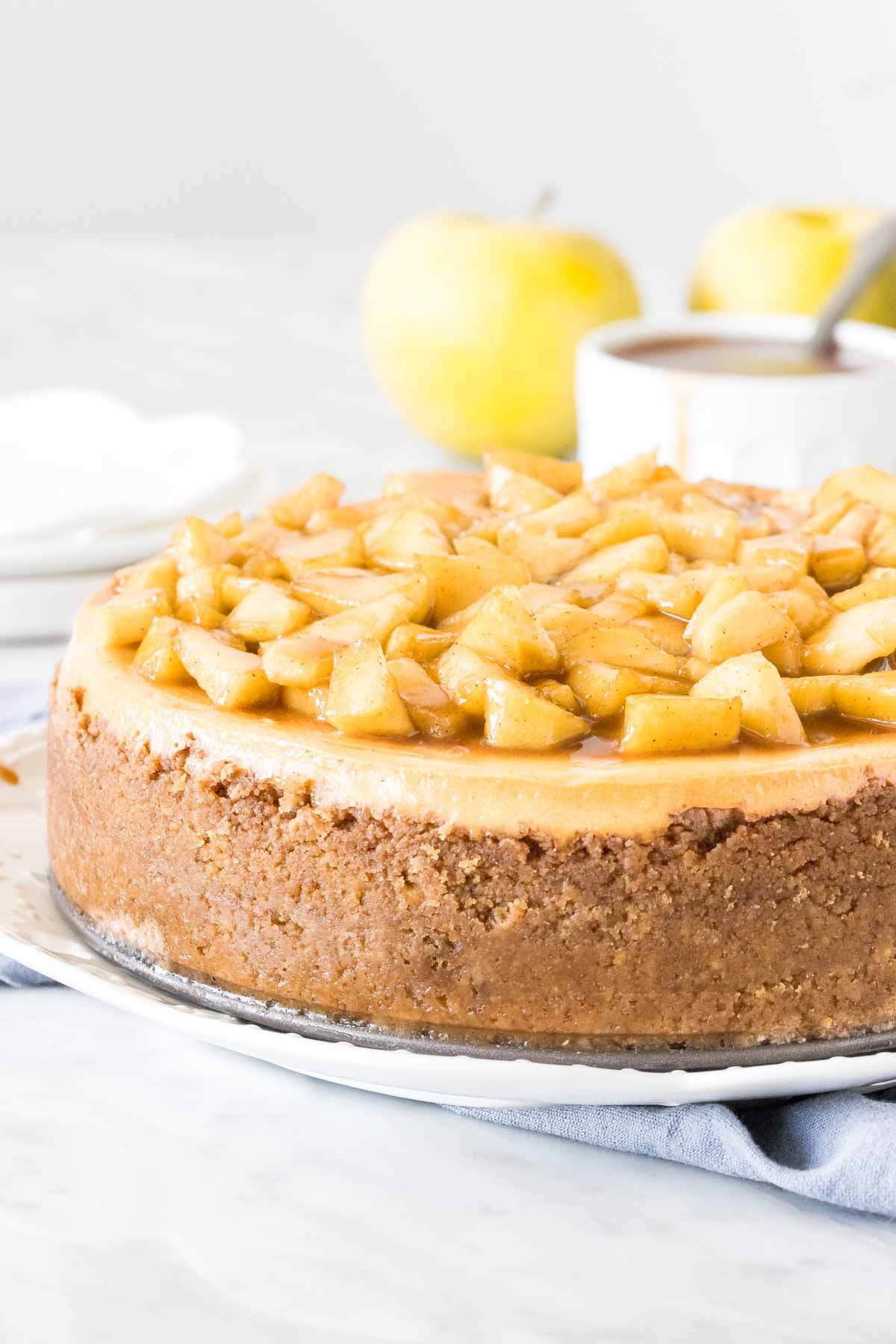 The crust is a simple graham crumb crust, with the addition of a little cinnamon to go with the apples. Because I find the crust so delicious, I decided to make enough for the bottom and up around the sides of the pan. It will bake in for 10 minutes on its own after you’ve pressed the mixture into the pan which helps ensure it stays crunchy.

Making the filling is similar to any baked cheesecake recipe – beat the cream cheese until smooth. Then mix in the sugar, vanilla and in this case, salted caramel sauce. In goes the sour cream (it’s key for a smooth cheesecake that doesn’t taste grainy), and last but not least, we beat in the whisked eggs.

This cheesecake is baked in a water bath. This means that the springform pan is wrapped in aluminum foil and placed in a large roasting pan. About ½ inch of water is poured into the roasting pan which provides moisture and insulation for the cheesecake as it bakes. Essentially, it keeps your cheesecake from drying out and reduces the risk of cracks. Sounds complicated – but it’s actually very simple. You can see what it looks like below. 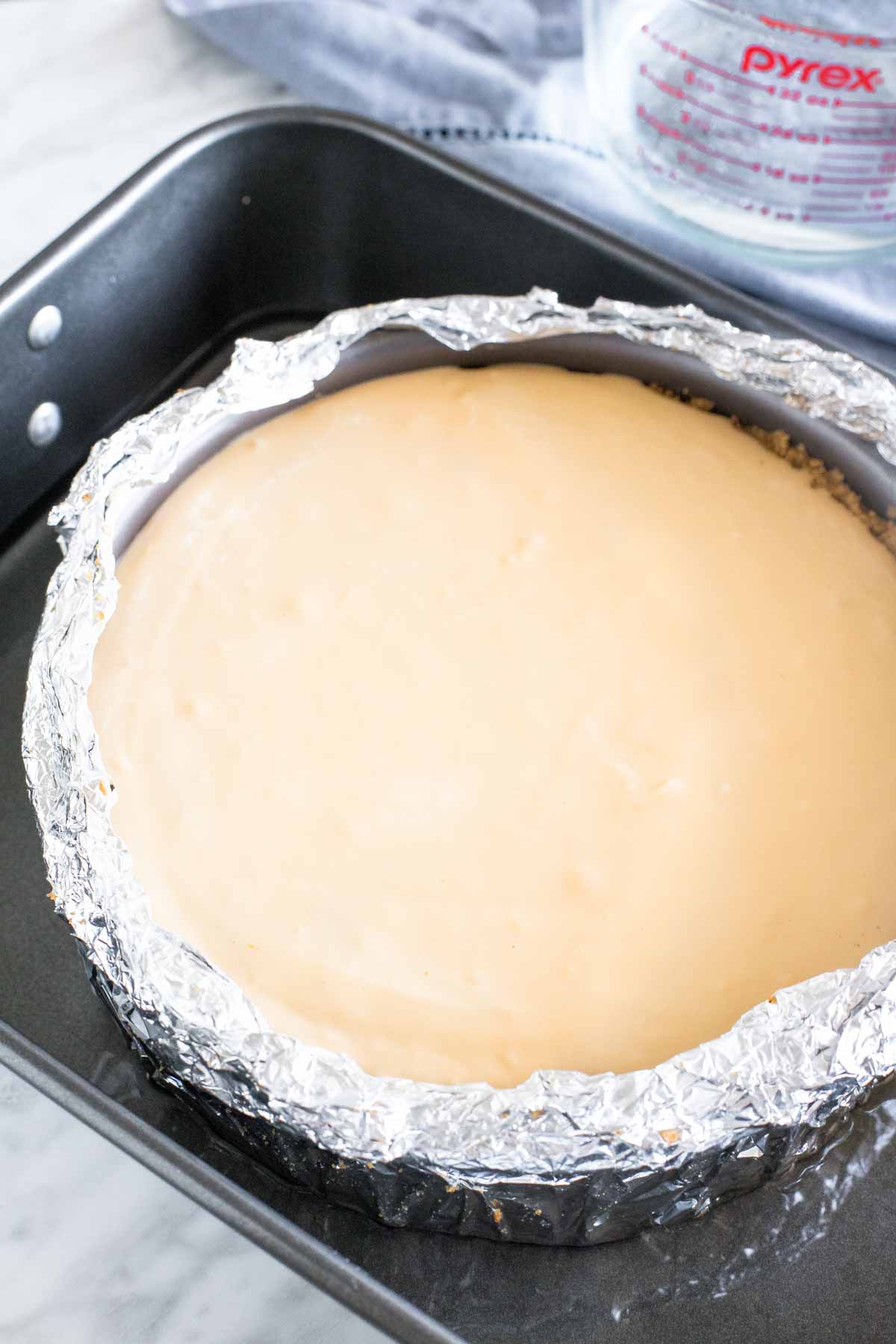 For the apple topping, we’re essentially making stovetop apple pie filling with the addition of a little extra caramel sauce. You can choose to use an apple that’s tart or a sweeter apple depending on your preference. You definitely want to choose an apple that’s crunchy though. Something like Honey Crisp for a sweeter option, or Granny Smith for a tart baking apple. Note, that a tart apple will sweeten as it bakes.

Cheesecakes need to cool slowly and chill in the fridge for at least 6 hours before serving. Typically, I make the cheesecake the day before I plan to serve it. The morning of works too. The apple topping is best served immediately, so I typically make it just before serving. 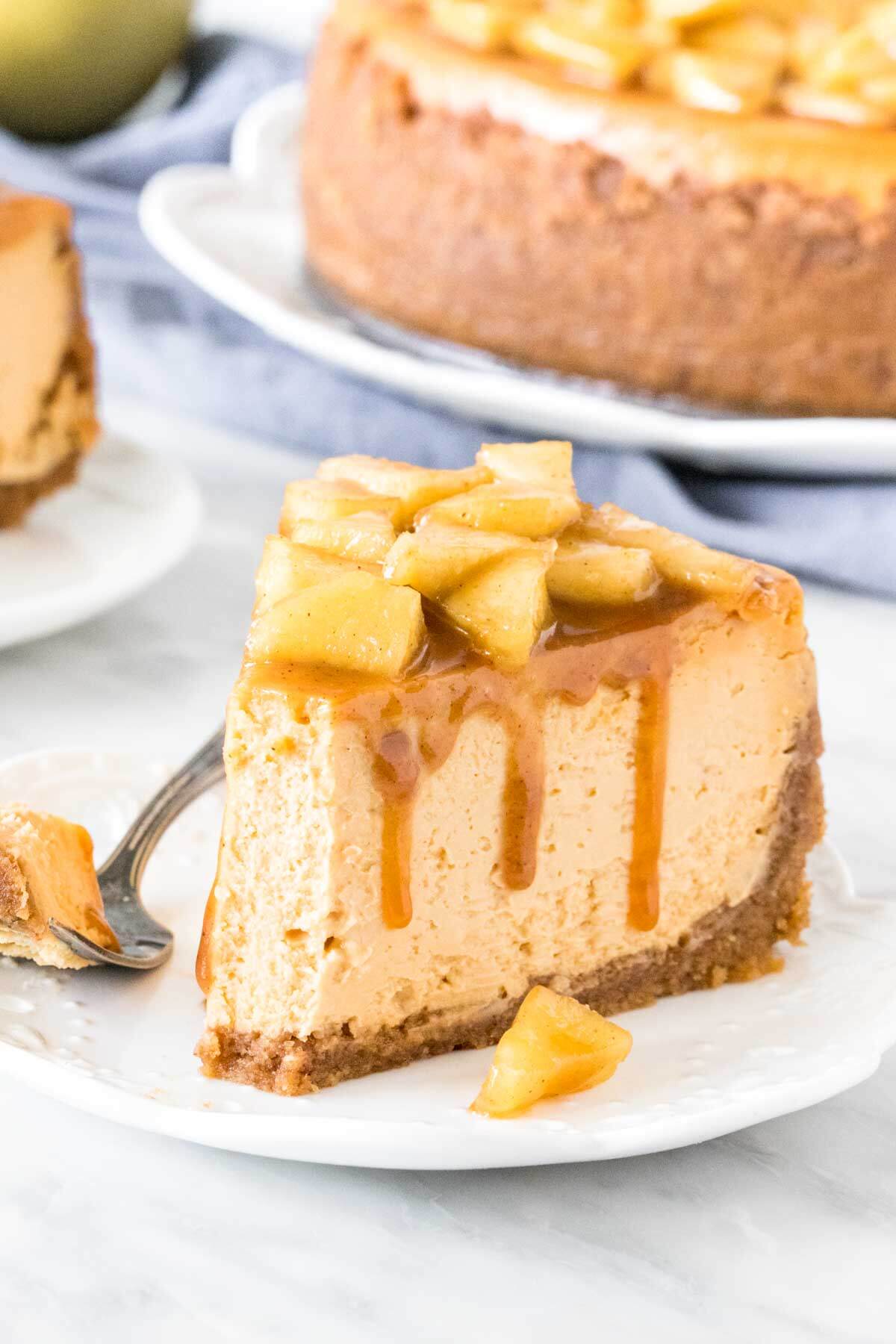 And for more delicious apple desserts, don’t forget to try: 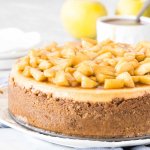