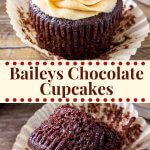 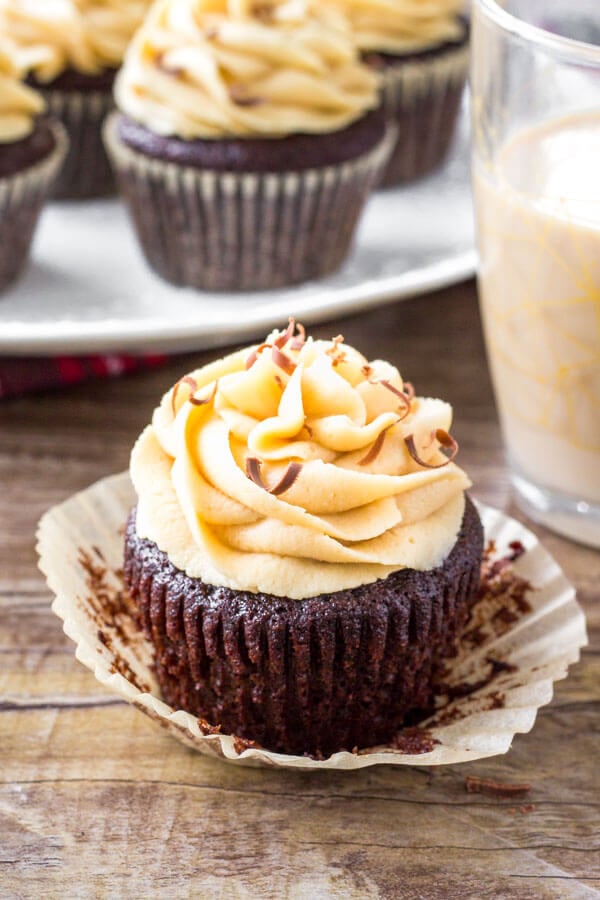 Sometimes dessert needs a little something extra – and that’s what these Baileys cupcakes are for. They’re the perfect cupcake recipe for adults and delicious for Christmas, New Year’s Eve, or St. Patrick’s Day.

I actually played around with this recipe a lot. If you want to get straight to the recipe, feel free to scroll down but for more tips, baking science, etc – keep reading. 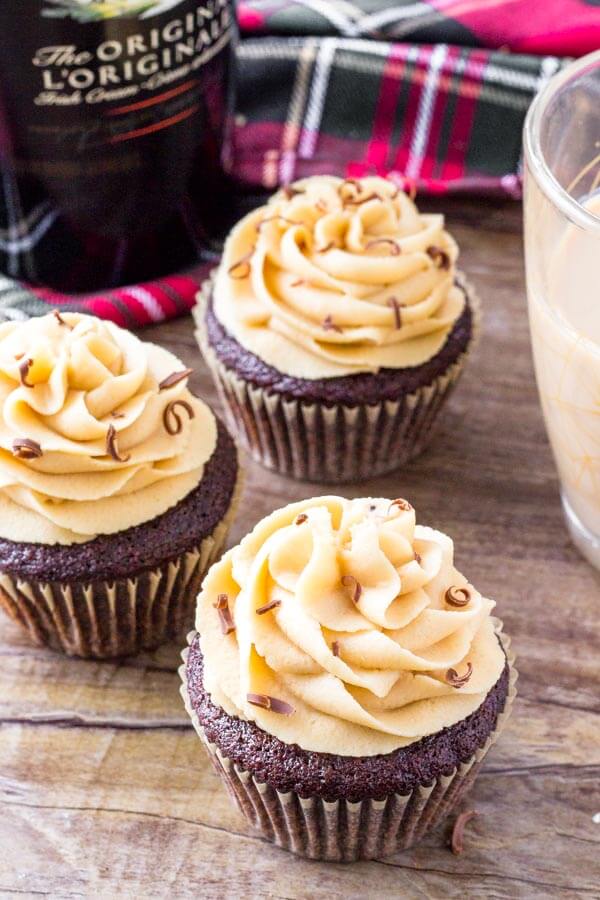 At first, I wanted to make a chocolate cupcake recipe infused with Irish cream. However, after multiple recipe tests I realized that the chocolate flavor would just take over and after the cupcakes were baked you really couldn’t taste the Baileys at all. Or the amount of Baileys that you’d have to add to the batter was a little ridiculous, and then the texture of the cupcakes was waaaaay off.

So instead – I settled on the best chocolate cupcake recipe around topped with Baileys frosting. Trust me, you’ll get plenty of Irish cream flavor.

The chocolate cupcakes are super moist because we’re using oil and buttermilk. Oil keeps them tender because it’s liquid at room temperature as opposed to butter which is solid. Then buttercream gives that super soft, light, fluffy texture. 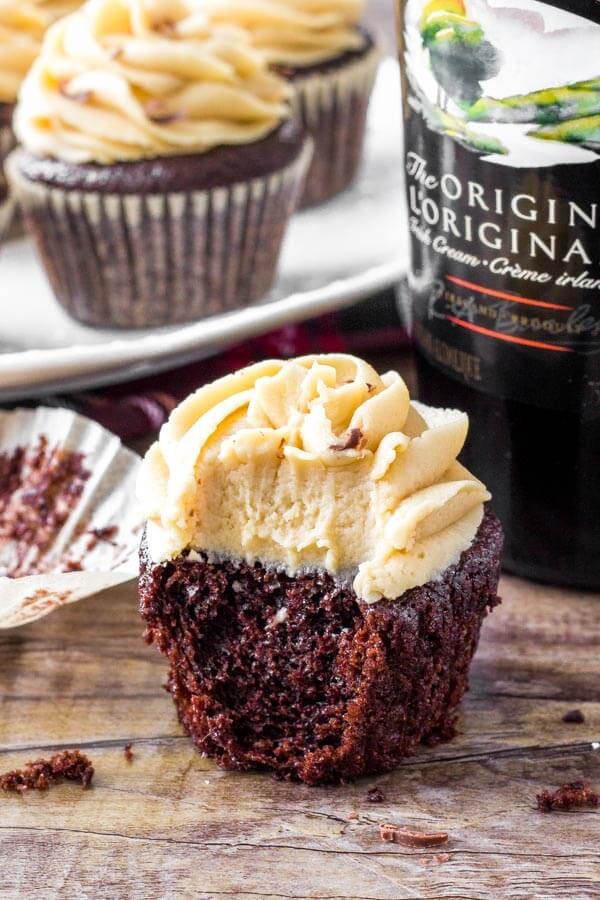 Speaking of which – let’s talk about this Baileys buttercream. It’s easy, simple, and completely amazing. Start with softened butter (real butter and not melted). Beat the butter for at least 3 minutes first – this makes the frosting extra fluffy. Then slowly mix in the powdered sugar, alternating with a little Baileys. 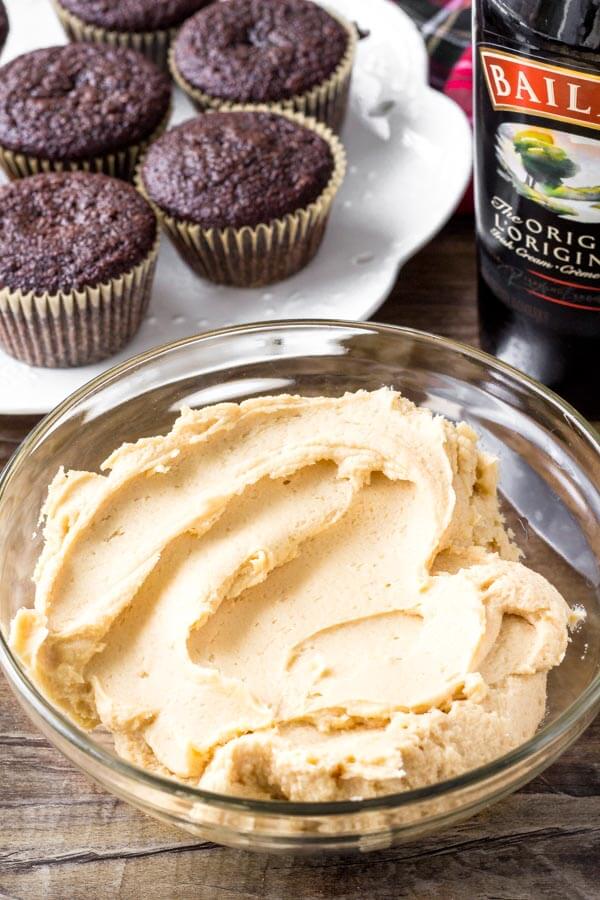 I also added some instant coffee powder to the frosting because I find it helps to bring out/intensify the Baileys. You can leave this out if you prefer – but we definitely enjoyed it.

The amount of Irish cream that you use in the frosting actually isn’t that much, but the Baileys flavor is quite pronounced. So I recommend adding it little by little and doing a little taste test as you go so that you don’t find it too strong.

These Baileys cupcakes are a must-make for the holiday season. I always start my Christmas morning with a coffee and Baileys, and I’ll definitely be adding a few of these beauties to my holiday celebrations. Because what’s better for celebrations than cupcakes and Irish cream???? 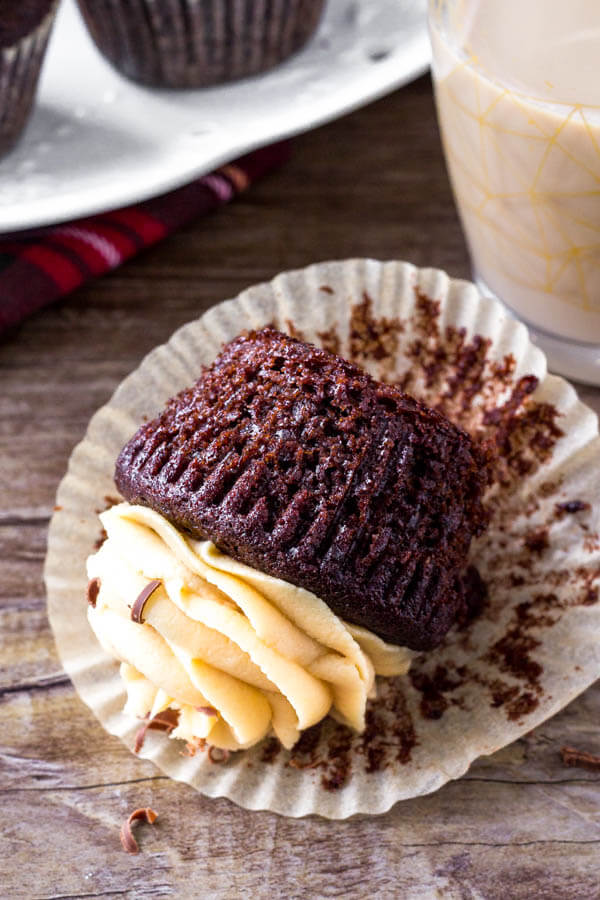 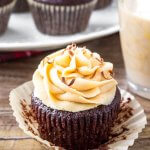 Refrigerate cupcakes until ready to serve, serve cupcakes at room temperature. Cupcakes are best if eaten the same day that they're made. But can be kept in the fridge for up to 3 days. 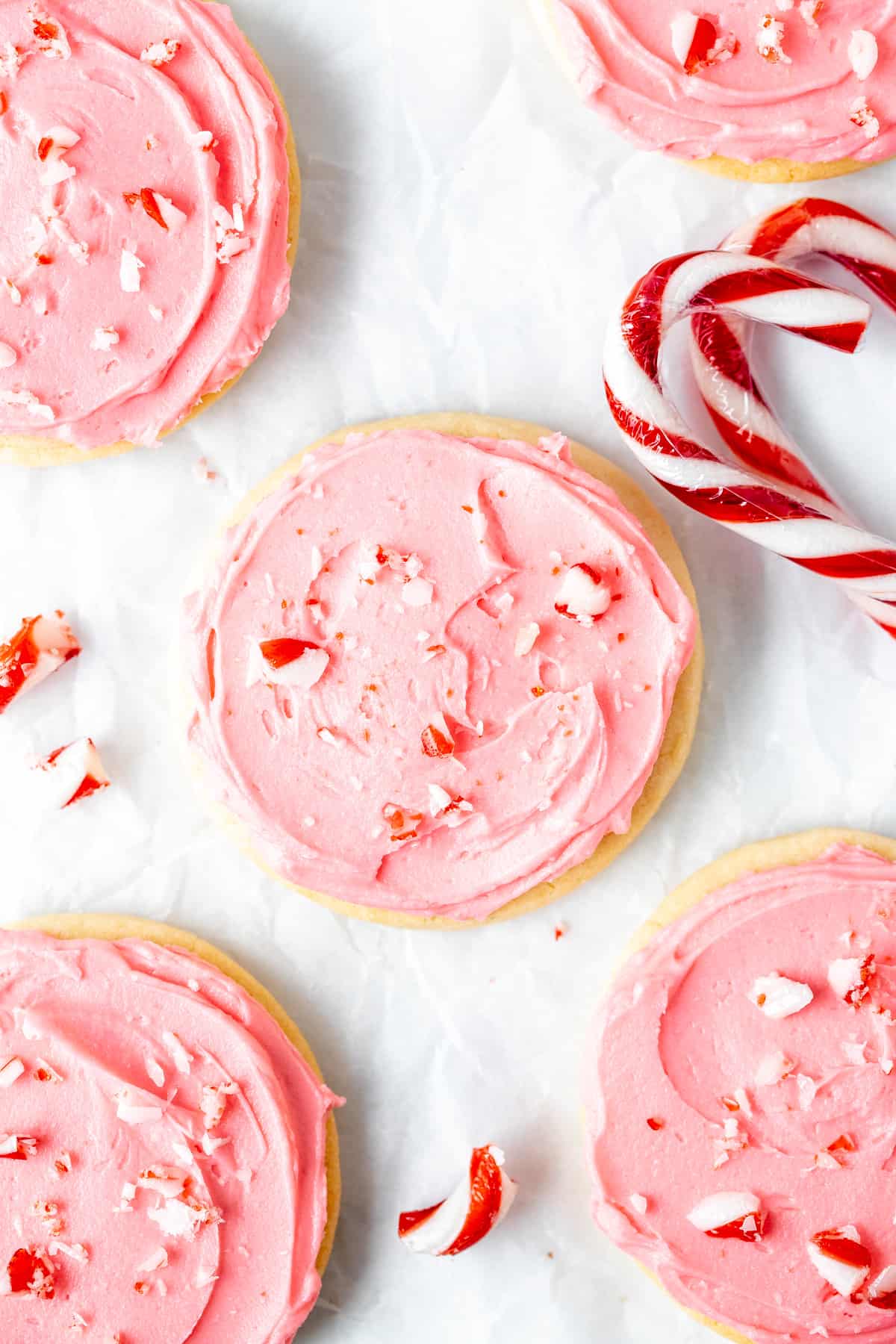