I decided to tinker with the classic blondie recipe to get the ultimate butterscotch flavor in blondie form. These butterscotch blondies are super chewy, fudgy, dense, buttery… all the words that equal delicious and make every minute at the gym worth it. They’re big on butterscotch taste and filled with butterscotch chips.

And bring out the butterscotch I did. 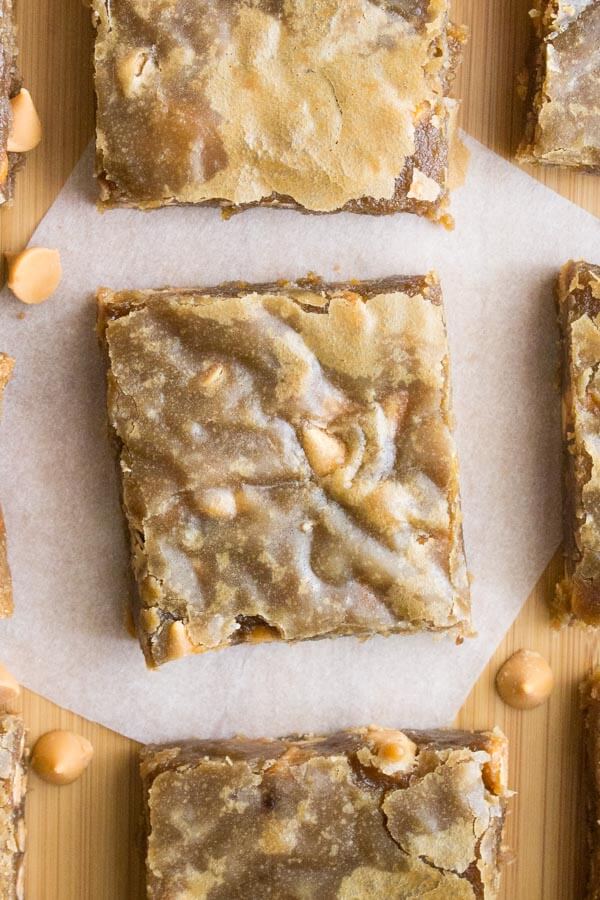 For the complete recipe, you can click here . Otherwise, let’s get into some baking science.

Now, getting the rich butterscotch flavor comes from

Melting the butter is the starting point for the butterscotch. Then the brown sugar gives you the deep color and flavor. Brown sugar is actually what differentiates butterscotch from caramel – so make sure not to substitute it. Then the vanilla and salt balance off the sweetness to give that perfect butterscotchiness that doesn’t taste artificial.

What’s even better about these butterscotch blondies is that they’re so easy to make. Simply melt the butter, then mix in the sugar with a wooden spoon.  Stir in the egg and vanilla, and fold in your dry ingredients and butterscotch chips. Your blondies will be baking in no time and filling your kitchen with delicious smells.

A delicious, no fuss recipe? That’s my kind of dessert. 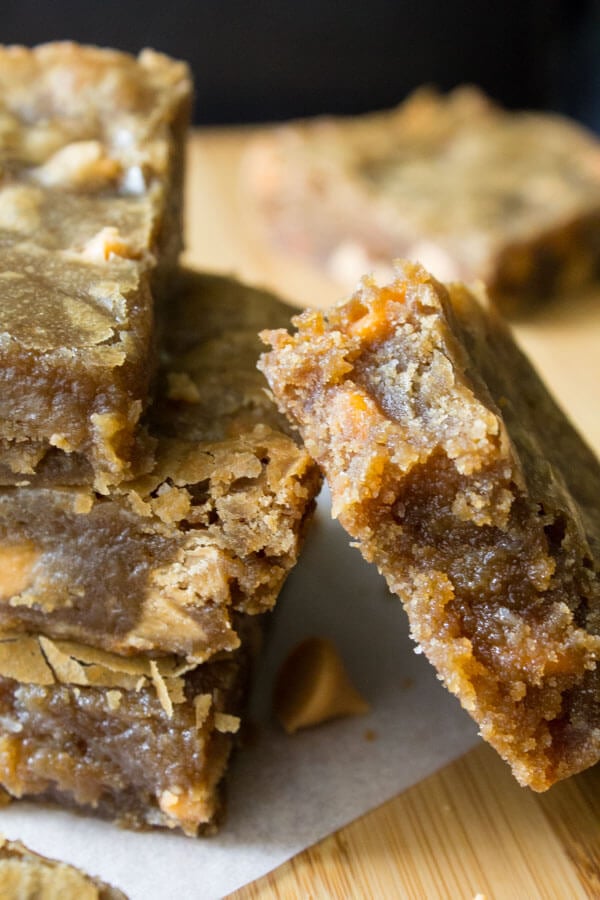 Now how do you get chewy, fudgy butterscotch blondies that aren’t the least bit cakey? Simple.

And Voila! Super fudgy, chewy butterscotch brownies are yours. 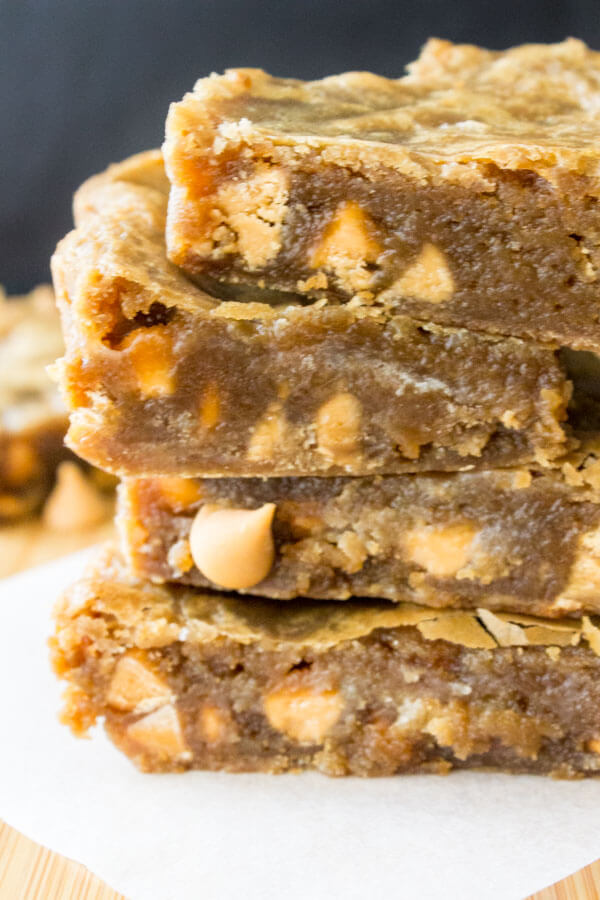 The hardest part of the recipe will BY FAR be waiting for your blondies to cool before cutting in. So I suggest starting ASAP. Chewy, fudgy, butterscotch blondies are so close!

Blondies can be kept in an air-tight container at room temperature or in the fridge for up to 5 days. 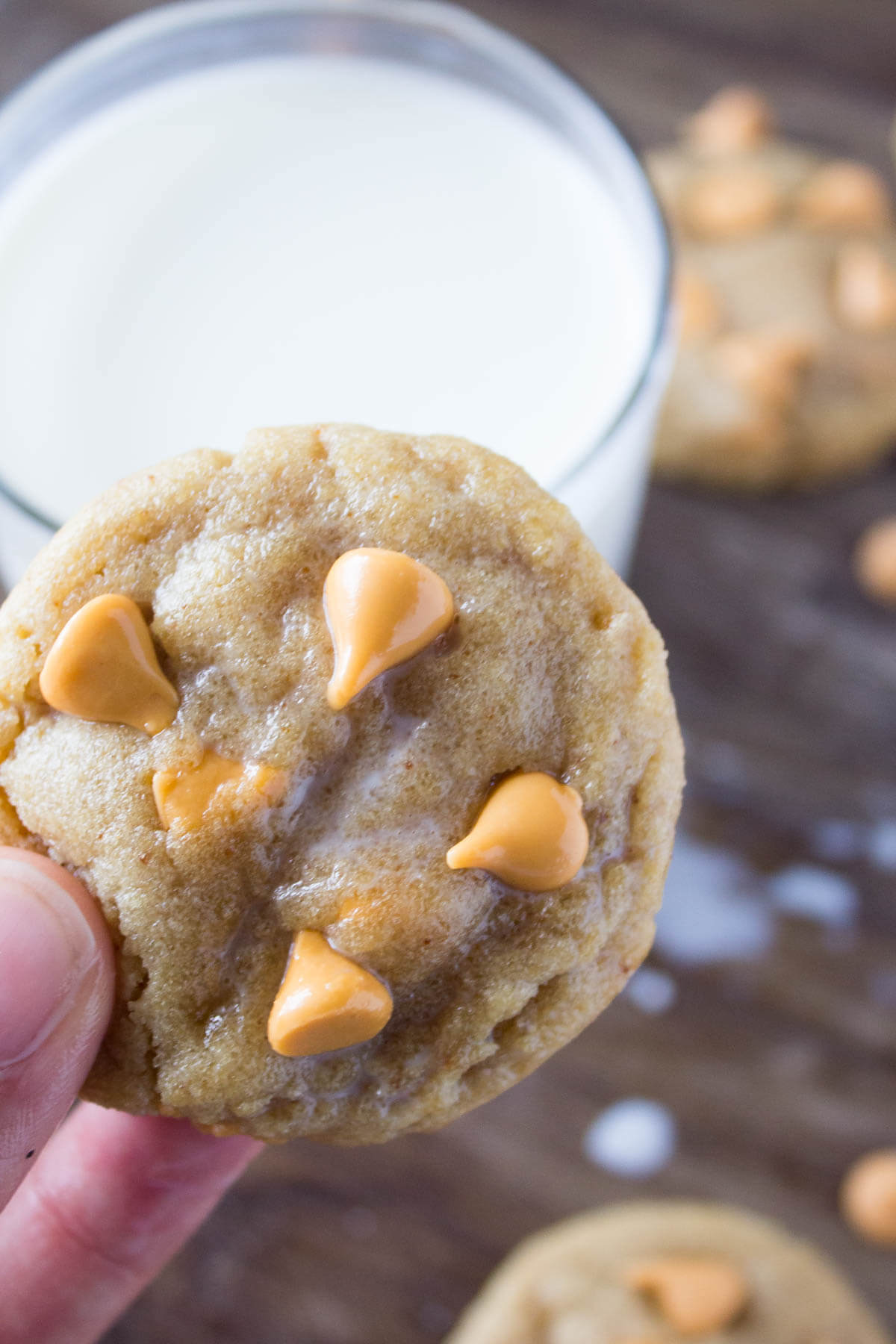