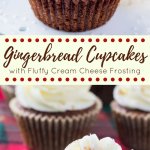 Spiced gingerbread cupcakes that are moist, fluffy & filled with holiday cheer. Then they’re frosted with tangy, sweet cream cheese frosting and a sprinkle of cinnamon – these cupcakes are perfect for Christmas. 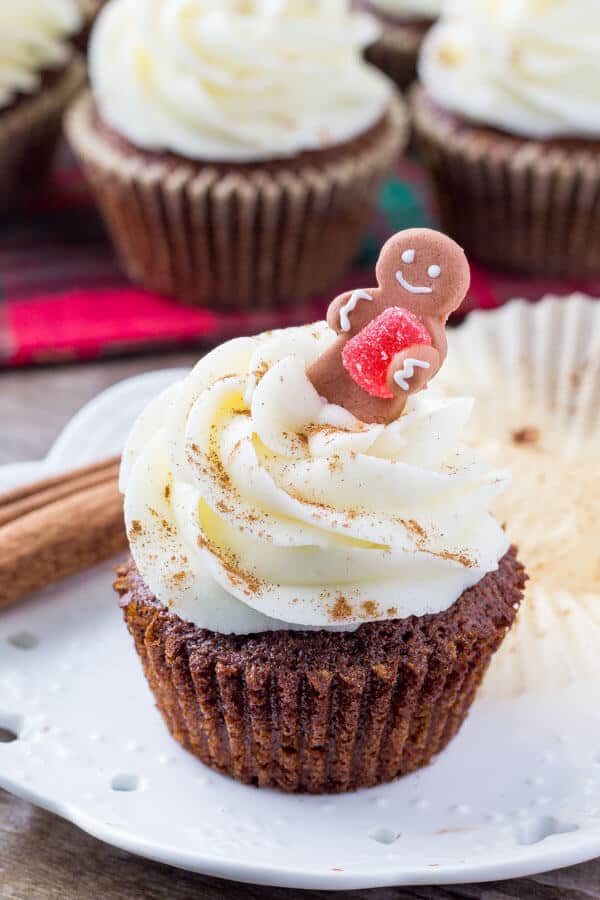 Every year I make at least 1 Christmas cupcake recipe. Last year it was these candy cane chocolate cupcakes, the year before it was eggnog cupcakes with eggnog frosting (I was on a bit of an eggnog kick).

So the next logical step was making gingerbread cupcakes. And after I found the most adorable little gingerbread man cupcake decorations – it was fate. Like a Christmas cupcake miracle.

So making these gingerbread cupcakes with cream cheese frosting was only the right thing to do. Eating 2 cupcakes back to back, maybe not so much…. But I’m ok with a little extra warmth over the winter.

These gingerbread cupcakes have ALL the flavor of gingerbread cookies – but in light, fluffy, cupcake form. With an extra does of frosting of course. Because cream cheese frosting > royal icing. 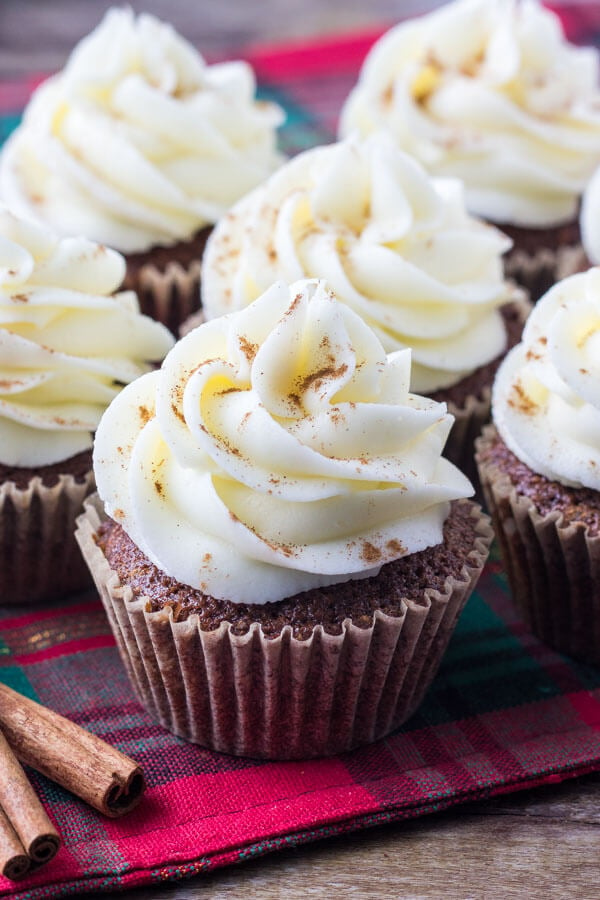 The gingerbread cupcakes are moist, with a soft crumb & packed with flavor. Here’s why: 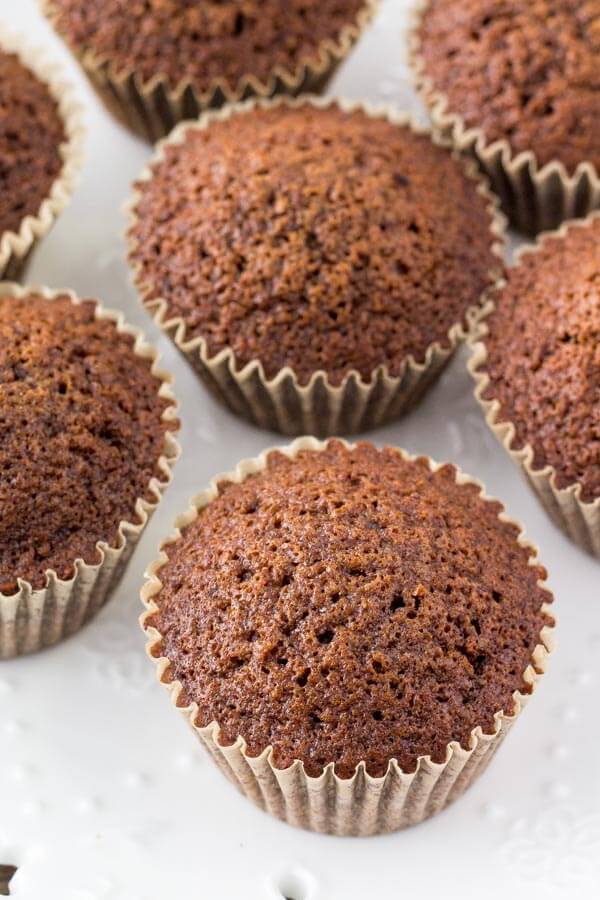 Then lets talk about frosting. For these gingerbread cupcakes, I was all about the cream cheese variety. The combination of spice filled, cozy gingerbread and slightly tangy cream cheese frosting is like Christmas and snow fall. Completely perfect. 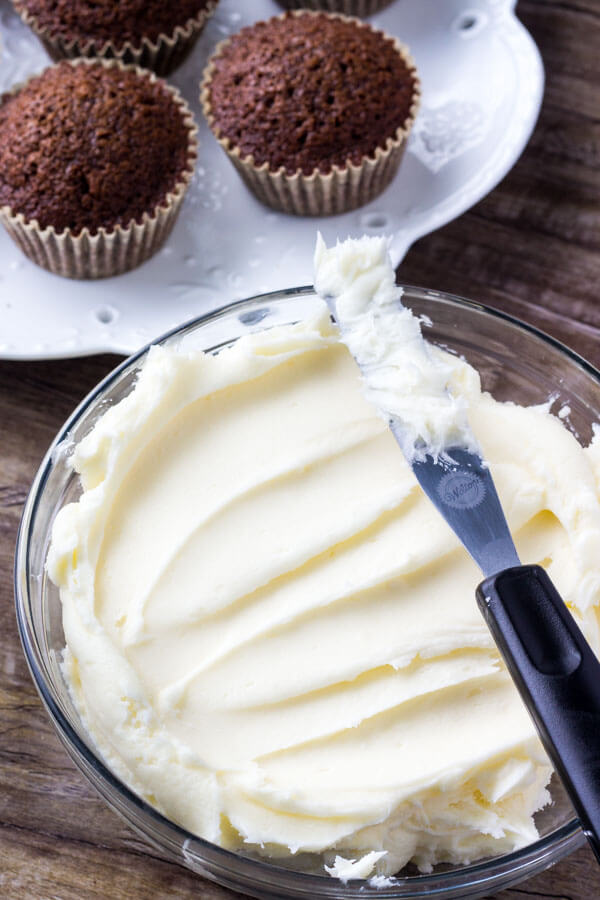 Then frost away! I like to sprinkle a little cinnamon on top of each cupcake, but that’s totally optional too. 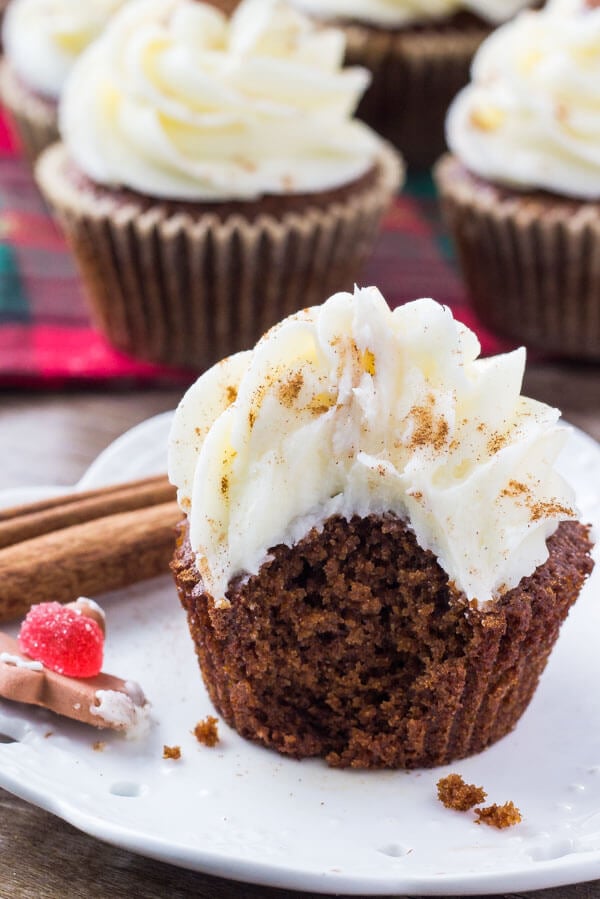 These gingerbread cupcakes with cream cheese frosting are such a delicious holiday treat. And when holiday flavors and cupcake happiness come together – it’s a very Merry Christmas!

If you love these Gingerbread Cupcakes with Cream Cheese Frosting, make sure to try these other gingerbread favorites: 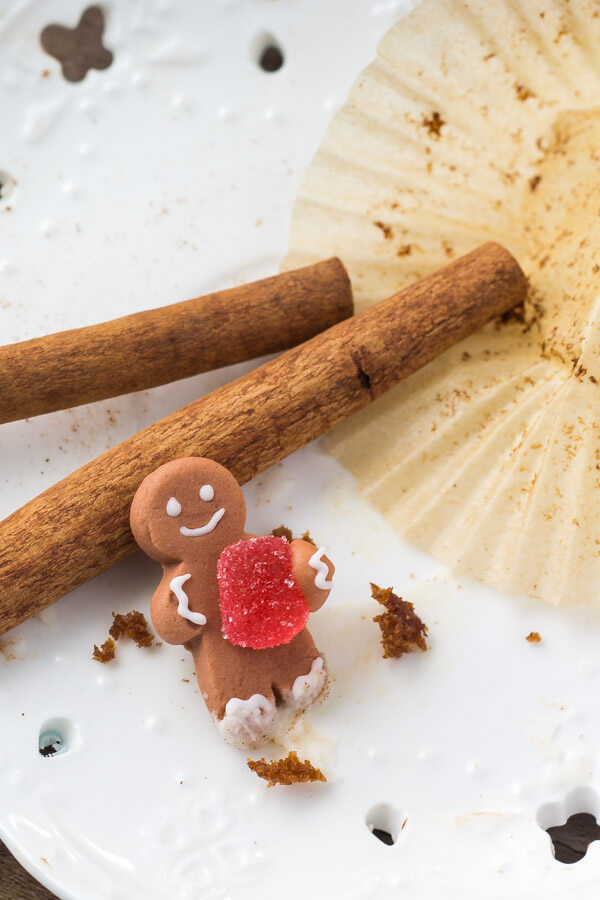