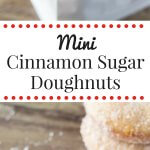 Mini Cinnamon Sugar Doughnuts just like the fair! With golden edges, a delicious coating of cinnamon sugar, and baked instead of fried – these are the PERFECT copycat recipe!

Growing up, we didn’t live close to Disney Land, Disney World, Six Flags or any large amusement park. But every summer the fair would come to town and I was so ridiculously excited to go. Now – the fact that I loved the fair made zero sense, mainly because:

But, for one day we’d load up on the hand sanitizer and sunscreen, and go to the fair for a day of summer bliss. And by far, the best part was getting mini doughnuts. Delicious, miniature cake doughnuts, with a perfectly doughy texture, golden edges & coated in cinnamon sugar. 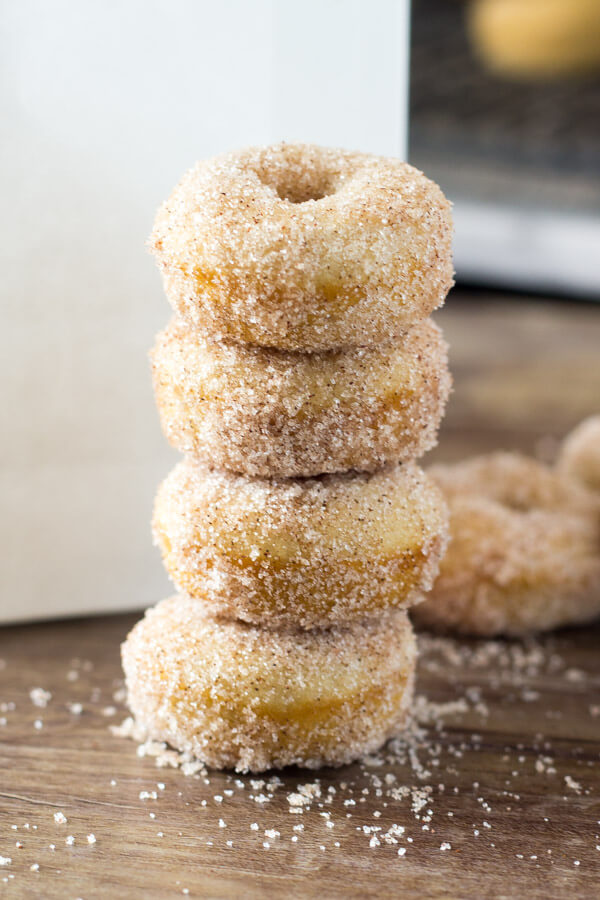 Ummmm……. how about making your own bite sized version, just like you get at the fair, only they’re baked instead of fried, AND you don’t have the crazy high price tag or have to stand in line?

Yes – these homemade mini cinnamon sugar doughnuts are all those things. They’re the perfect copycat recipe of those delicious mini doughnuts sold in white paper bags at fairs and carnivals, and you need to make them yourself. 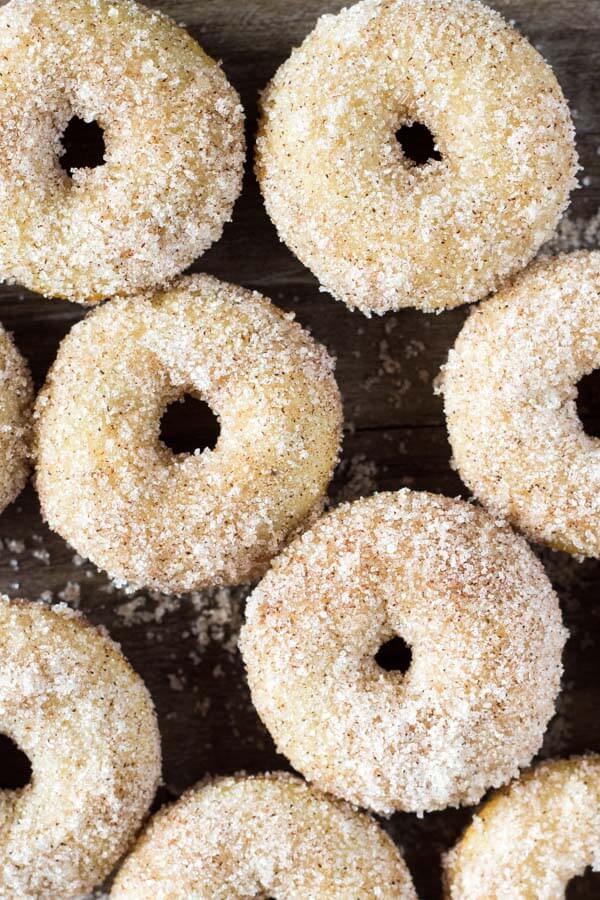 How to Make The Mini Doughnuts

For the recipe, it’s really straight forward. First we’ll whisk the wet ingredients with the sugars, then add in our flour, baking soda & salt. Everything gets mixed together – bonus, there’s no electric mixer needed – then we’re ready for baking. Seriously, the batter comes together in under 10 minutes.

Since these mini cinnamon sugar doughnuts are baked instead of fried, we’re using a mini doughnut pan. Even if your pan is non-stick I recommend spraying it with cooking spray so the doughnuts. The easiest way to fill your  pan is to pour/spoon the batter into a ziploc bag, then cut off one of the bottom corners. Then pipe the batter into each mini doughnut cavity, filling each about ½ full. 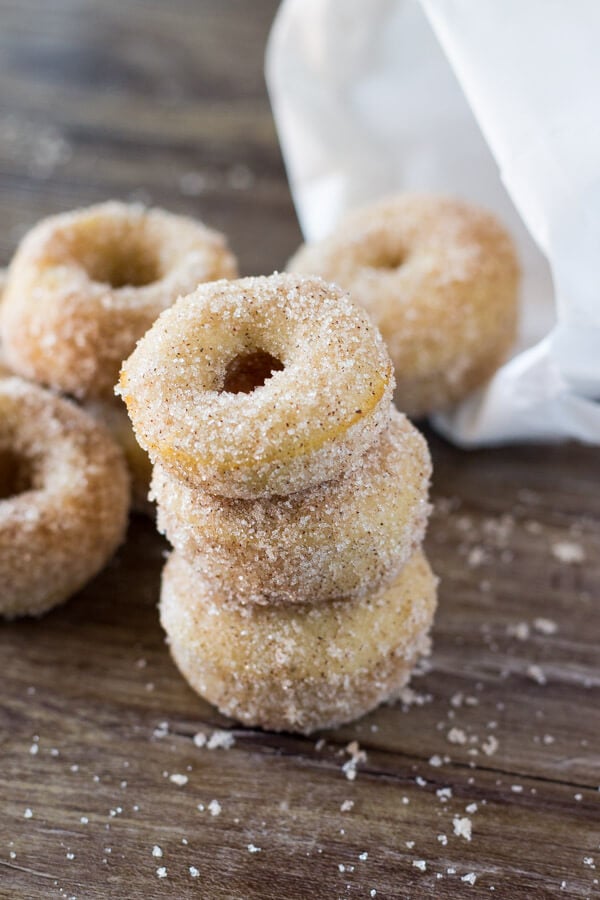 What makes these doughnuts so delicious is the soft, tender, and slightly doughy texture created by using buttermilk & sour cream in the batter.  The other secret ingredient is adding nutmeg which gives you the classic doughnut taste. Don’t leave it out!

Then for the final hurrah – the cinnamon sugar coating. After our little doughnut friends are fully cool, we’ll brush both sides with melted butter (or dip them instead and shake off the excess if you don’t have a pastry brush), then roll both sides in our mixture of cinnamon sugar. The butter is key for that carnival mini doughnut taste.