These Mocha Brownies have a delicious coffee flavor and coffee frosting on top. Perfectly fudgy and perfect for coffee lovers! 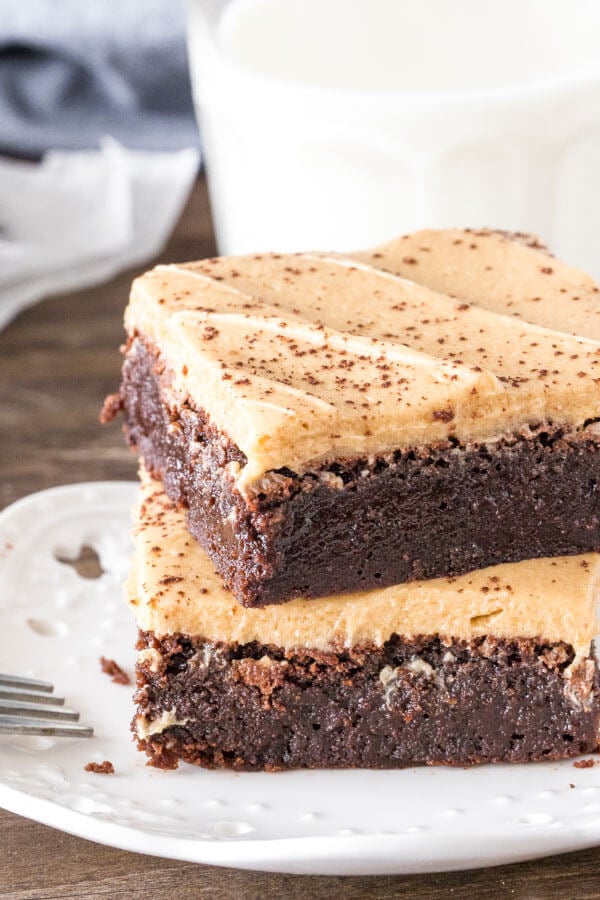 These coffee brownies are brought to you by my two lifesavers: coffee & chocolate. The brownies are super fudgy with a chocolate flavor that’s not too sweet and not too rich. There’s just a hit of coffee in the batter to give them a mocha flavor. Then they’re topped with fluffy, creamy, cafe latte frosting. They’re the perfect grown-up brownie recipe. Because after all – what could be better than coffee and chocolate and brownies?

For these coffee brownies, we’re using melted dark chocolate because it produces the fudgiest texture. I recommend using somewhere between 60% – 75% dark chocolate. However – do not use bittersweet chocolate as your brownies will be way too bitter.

Then the other rules for keeping our brownies chewy & fudgy:

In fact, to make super chewy, fudgy brownies we’re skipping the electric mixer altogether. When you use an electric mixer, more air gets into the batter. And more air = more cake-like texture instead of dense, fudgy brownie heaven. Don’t you love it when a recipe encourages you to do fewer dishes???

The coffee flavor in our brownies comes from instant coffee powder. 1 tablespoon in fact. The smaller the granules of your instant coffee, the easier it’ll dissolve in your melted chocolate. I found Starbucks instant coffee worked best. 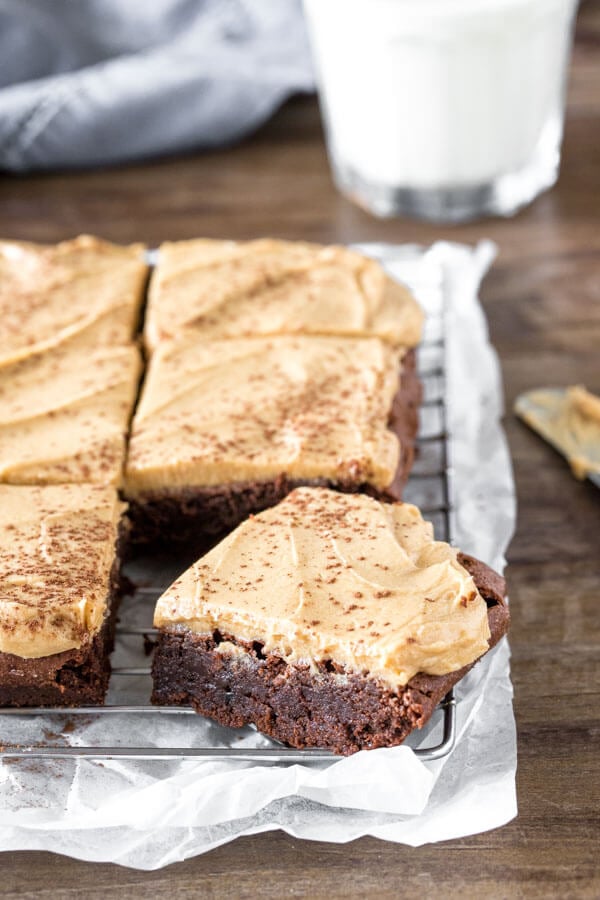 For the Coffee Frosting

Oh my, I could eat this by the spoonful. First we beat together the butter and icing sugar. Then dissolve our instant coffee powder in some cream. The coffee-infused cream gets whipped into the frosting for the most delicious coffee buttercream imaginable.

While you COULD substitute milk for cream, using cream gives your buttercream the smoothest, creamiest, fluffiest, most delicious flavor. Do not (I repeat, DO NOT) use regular coffee granules here. They won’t dissolve so you won’t get the coffee flavor and there will be granules in the frosting. 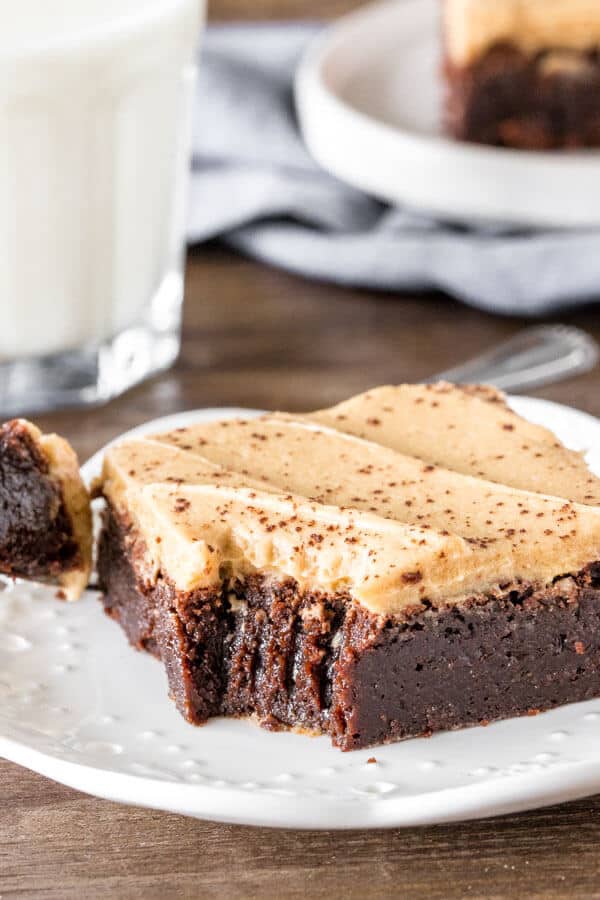 So to recap…. These Coffe Brownies are:

And if you love coffee & chocolate – don’t forget to try these mocha cupcakes or cappuccino chocolate chip muffins. 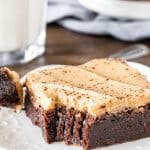 For the Cafe Latte Buttercream

To Make the Cafe Latte Buttercream

Store brownies in an airtight container at room temperature for 2 days or in the fridge for up to 4 days. Unfrosted brownies can be wrapped tightly and frozen for up to 2 months. Thaw overnight in the fridge before frosting.