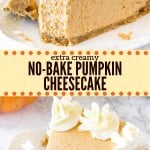 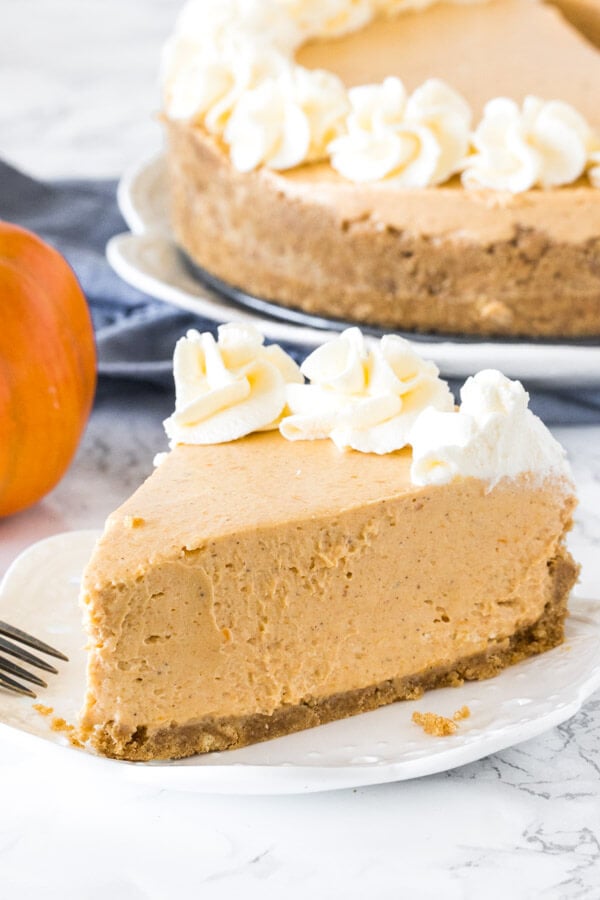 If you’re looking for an easy, pumpkin dessert that will wow your guests, then this no-bake pumpkin cheesecake is just the thing. It’s extra creamy, velvety smooth, and surprisingly light in texture.

To be totally honest, I always opt for pumpkin cheesecake over pumpkin pie. I’m not an expert at making pie crust, and I think the warm spices and pumpkin flavor taste absolutely delicious with the smooth, creamy, tanginess of cheesecake.

But since I know making a traditional baked cheesecake can be a little overwhelming (and time-consuming) – I decided to make a no-bake version. 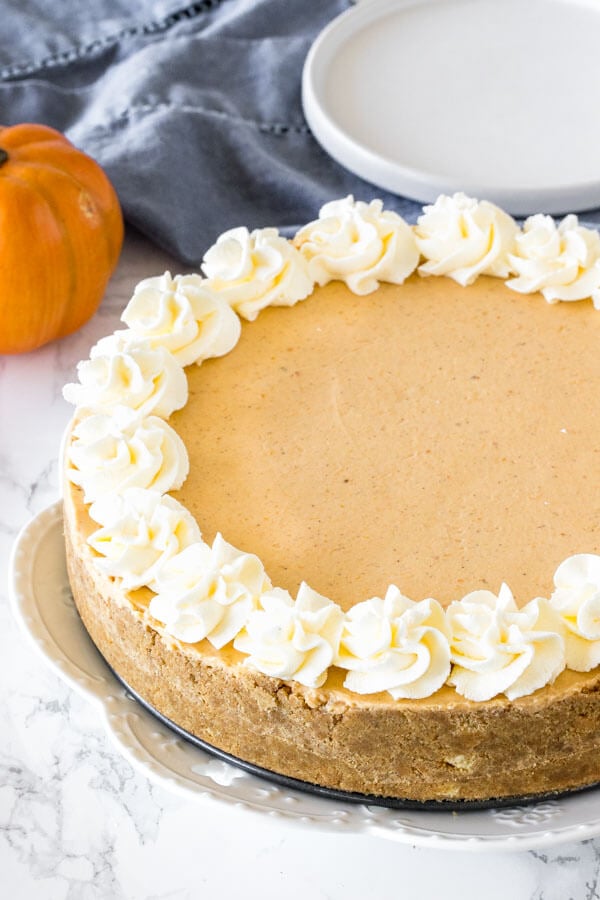 This no-bake pumpkin cheesecake is super easy to make. There are just 2 components to the recipe – the cinnamon graham cracker crust, and the cheesecake filling. 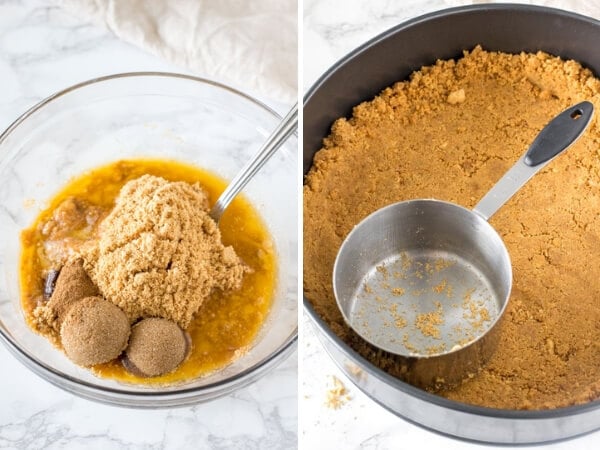 Then it’s time to get on with the creamy pumpkin cheesecake. It’s made without gelatin – which I totally love – and is oh so smooth.

Before getting started, blot the pumpkin puree with a paper towel and squeeze out the excess liquid. This step is super important because if too much liquid gets into the cheesecake, it can have a hard time setting. 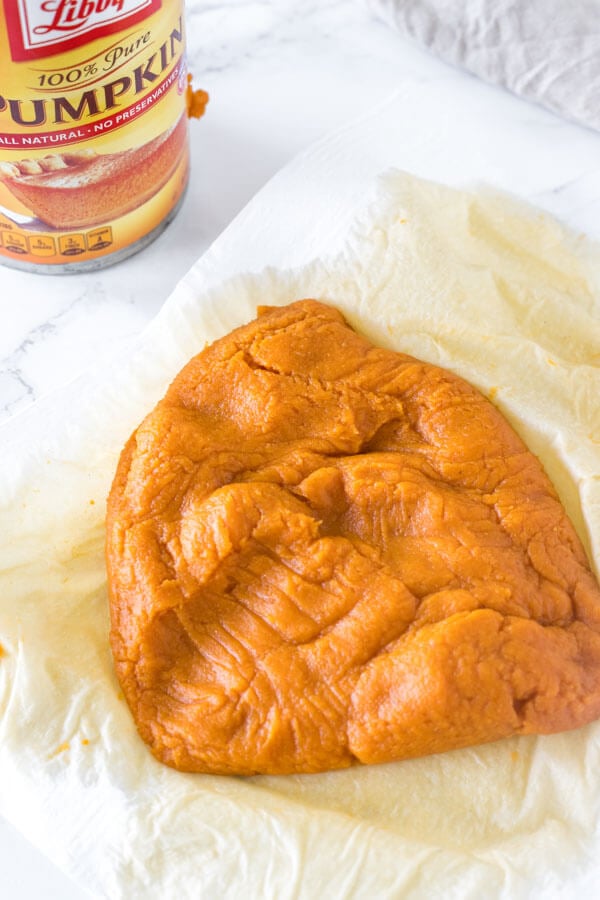 Then to make the filling: 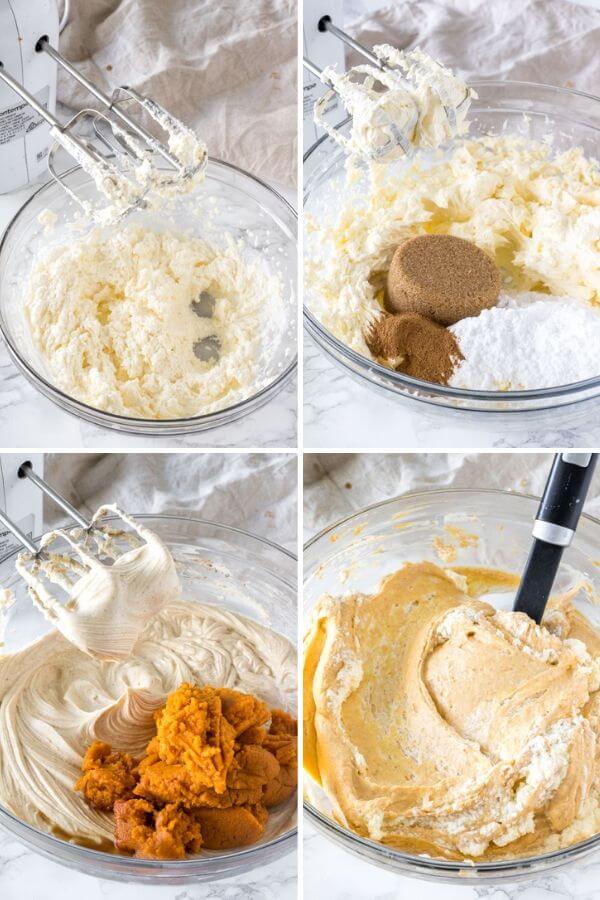 The creamy pumpkin cheesecake goodness then gets spread over top of the crust and then it goes into the fridge to chill for at least 6 hours (or preferably overnight).

Tips for Making this Pumpkin Cheesecake

This pumpkin no-bake cheesecake is the perfect combo of creamy cheesecake goodness and pumpkin pie. Plus – it’s perfect for Thanksgiving because it doesn’t even take up any oven space. 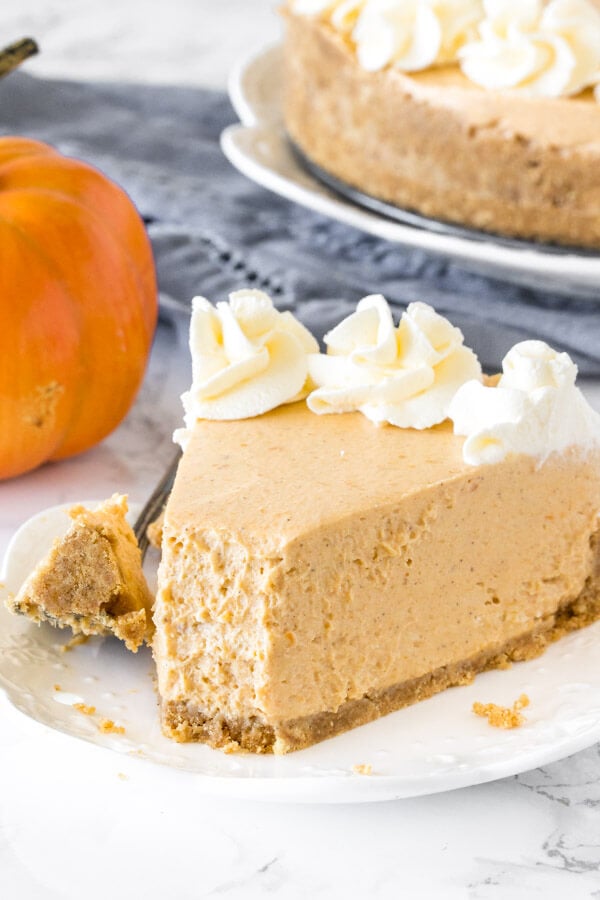 For other pumpkin desserts, try these other favorites: 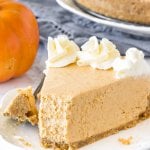