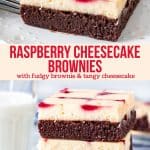 Fudgy brownie, tangy cheesecake and a swirl of fresh raspberries make these brownies to die for. Perfect for Valentine’s Day or whenever you want a decadent brownie recipe. 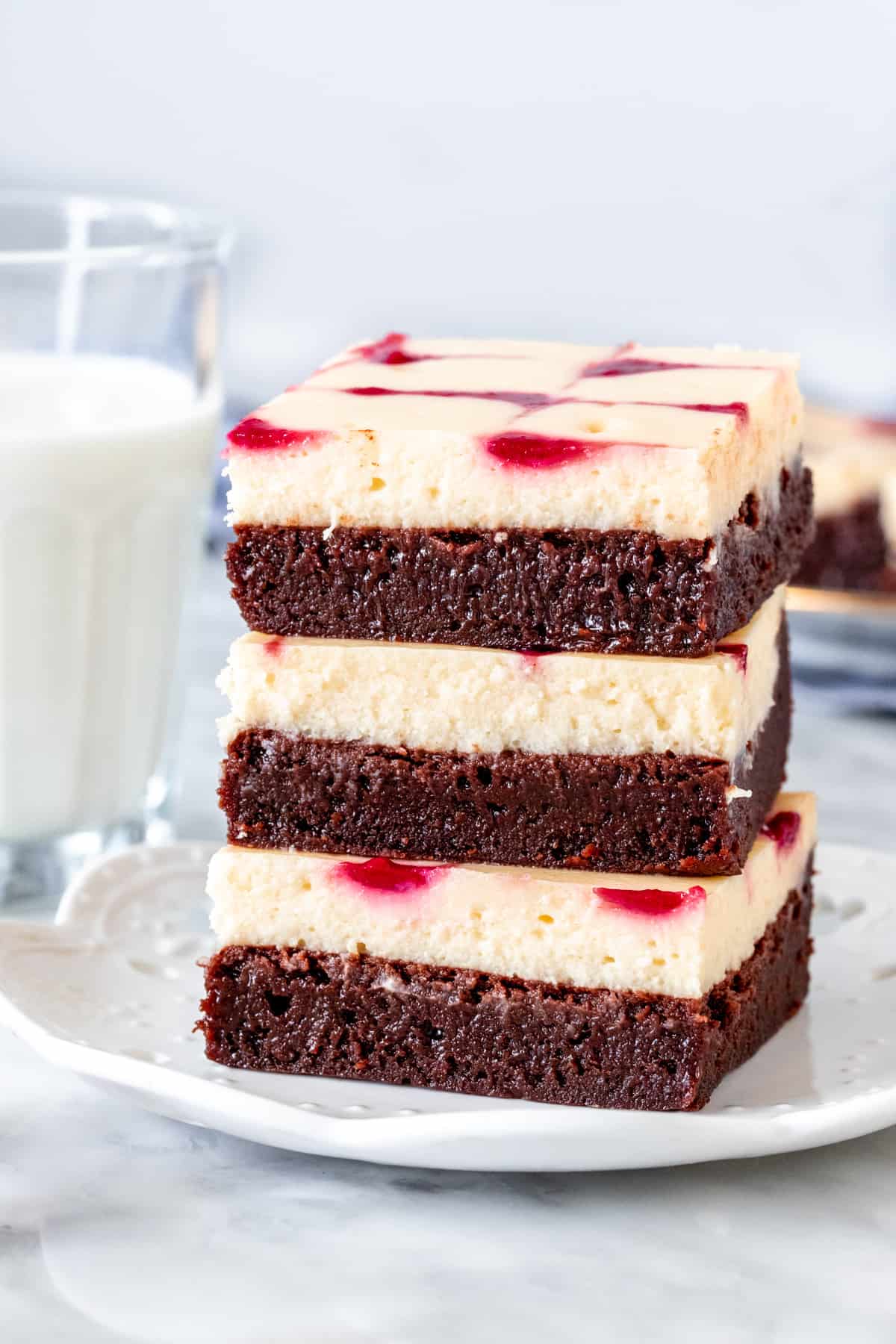 I may have discovered the perfect brownie recipe with these raspberry cheesecake brownies. They have a brownie base that’s fudgy, a little gooey and perfectly rich. The richness of the brownie is balanced out perfectly by the creamy, tangy cheesecake layer. Then a swirl of fresh raspberry puree on top add just the right amount of sweetness, along with a beautiful red color. 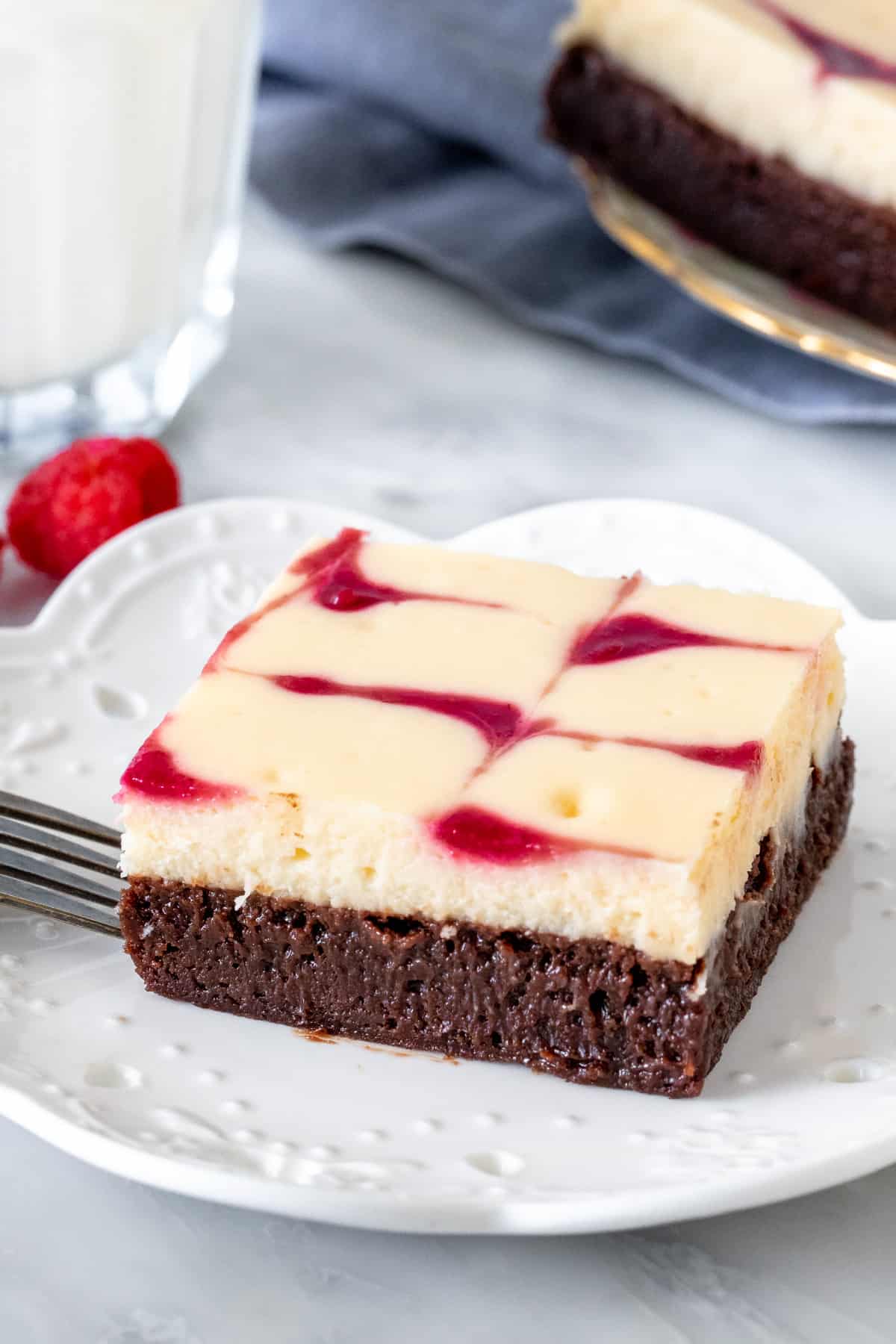 Because they’re 3 parts to these brownies, the recipe can look a little onerous. However, it’s not overly difficult.

I make the raspberry puree first so that it’s done and out of the way. You’ll simply puree your fresh raspberries in a food processor or blender until smooth, then strain out the seeds using a metal sifter. The puree is boiled down until it’s about ½ the volume it was originally. This is to remove any excess liquid so that the puree is more concentrated. More concentrated = more raspberry flavor.

Pro Tip: If you want to save time, you can use raspberry preserves/jam instead and skip the puree-ing and boiling down. I prefer to use seedless preserves. You’ll need about 3-4 tablespoons. Simply warm the puree in the microwave first so it’s more liquidy.

Then you’ll make the cheesecake layer that goes on top. Make sure you’re using full-fat, brick-style cream cheese instead of anything that comes from a tub or is low-fat. I like to use a little sour cream in my cheesecake recipes too because it make it extra smooth. For the perfect cheesecake – make sure that the cream cheese, sour cream and egg are all room temperature before getting started. 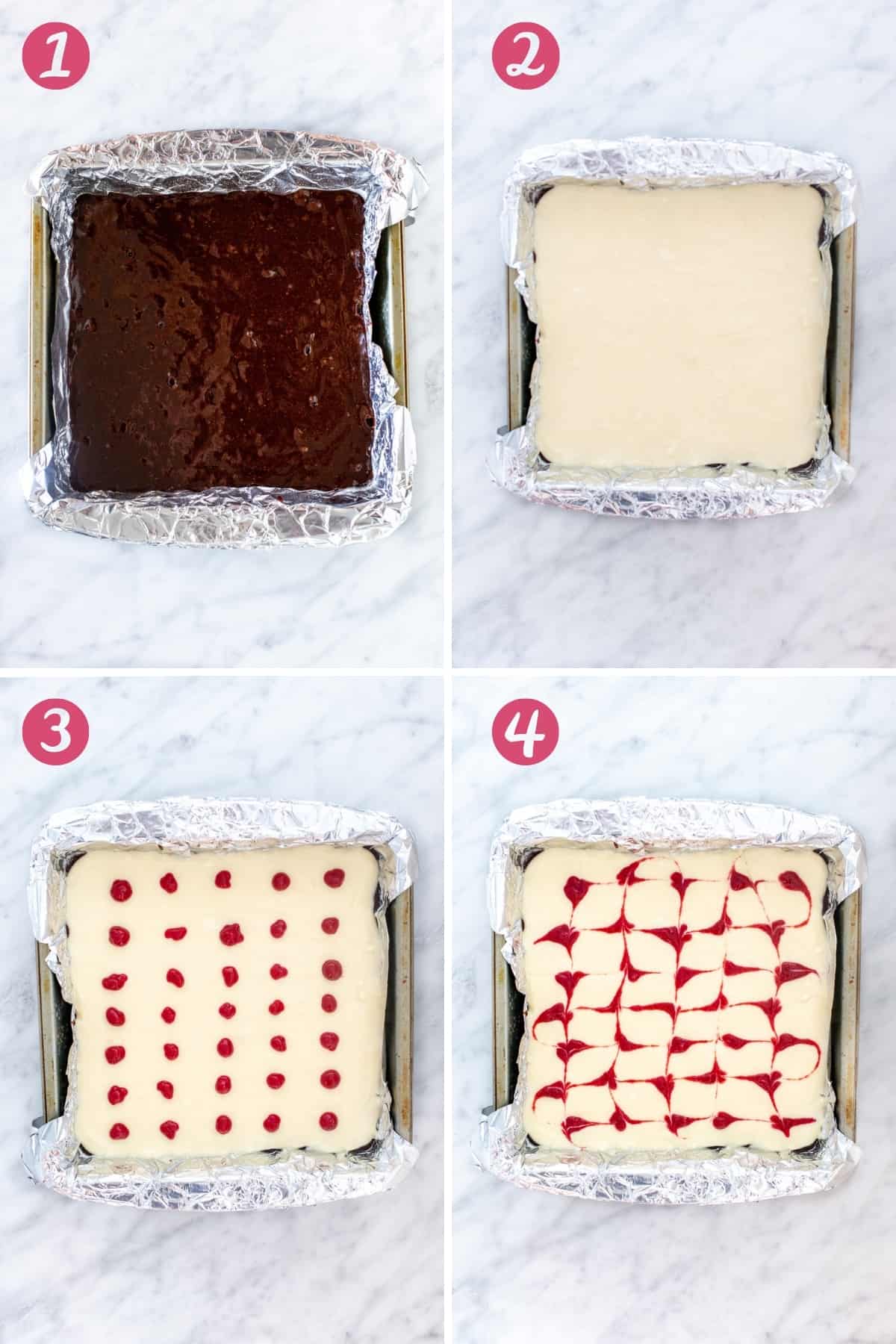 The brownies will need to bake for about 30 minutes at 325F degrees. If your oven allows you, make sure the top element is turned off so that the top doesn’t get overly brown. When your brownies are done baking, the top should look just set, except for perhaps in the very middle.

Then when you’re ready to slice, simply lift the bars out of the pan using the overhang of the foil and place on a cutting board to slice.

Pro Tip: For Clean cuts, wipe off your knife in between each cut that you make. Use a sharp knife, as opposed to a table knife, and try not to “saw” back and forth when slicing. 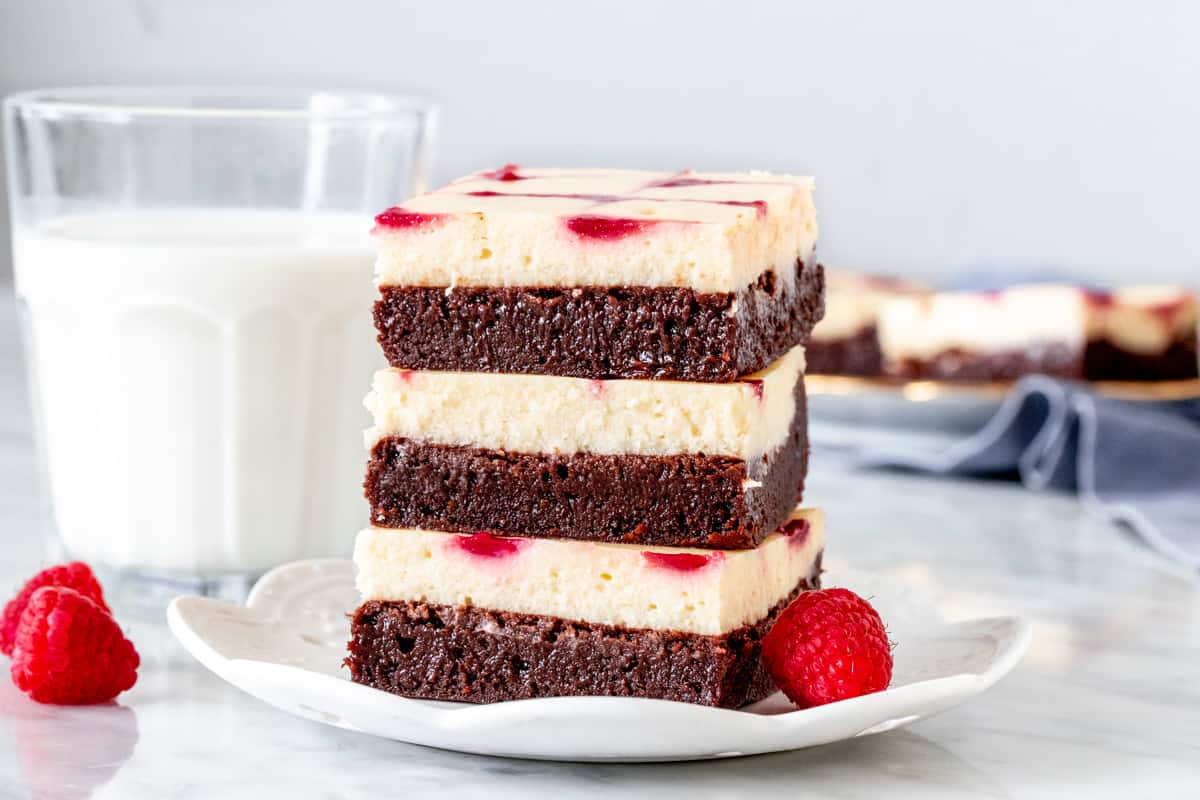 If you love these raspberry cheesecake brownies, make sure to try: