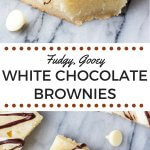 You see – I’m a bit of a brownie aficionado. A brownie enthusiast if you will. Nutella Brownies, Frosted Brownies, Brownie Pie… I’d take a fudgy brownie over cake any day.

Because more chocolate, more fudginess, and more gooiness is always a good thing. 🙂 🙂 🙂 🙂

So when I started daydreaming about white chocolate – making gooey white chocolate brownies seemed like the perfect idea. Especially when you’re craving brownies, but want something a little out of the box.

The white chocolate flavor is really the star of the show. But it’s the fudgy texture that make these extra delicious. 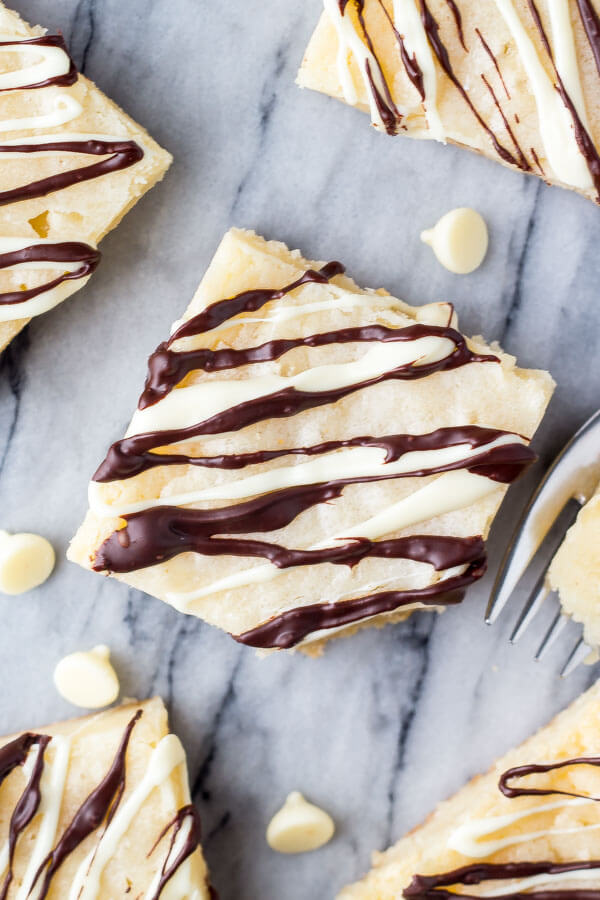 What Makes these White Chocolate Brownies so Delicious?

Ready for some science???

Now the only real “trick” to making these white chocolate brownies is to be very careful when melting the white chocolate and butter. White chocolate bakes very easily when you try to melt it, so work in short bursts microwaving it for 20 seconds at a time, then removing the bowl from the microwave and stirring.

The hardest part of this recipe is actually waiting for the brownies to cool fully before cutting into them. Since they’re so fudgy, if you try to cut them right away you’ll have a big mess. Plus – the flavor actually intensifies over time. 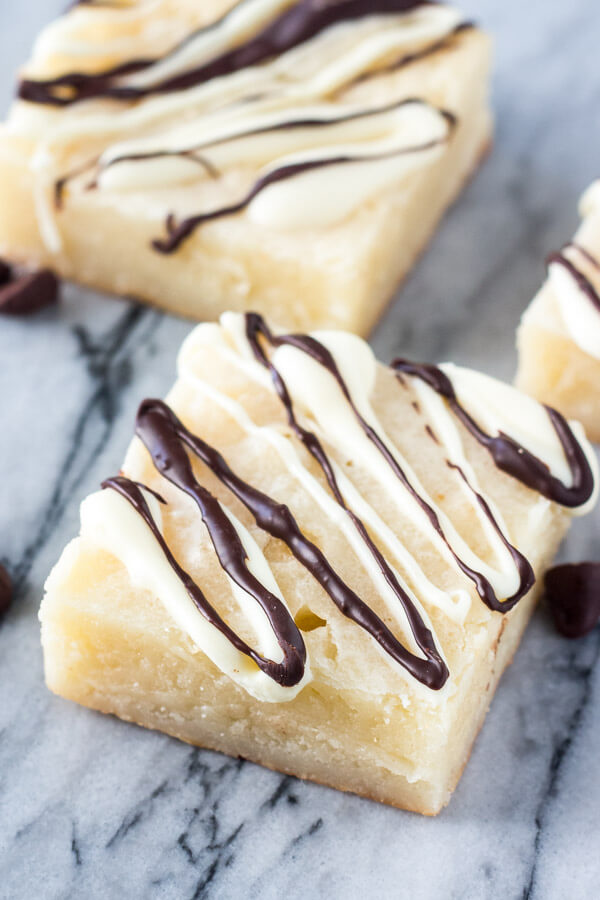 After the white chocolate brownies are cooled, you can cut them into squares and drizzle with more chocolate. I love the drizzled chocolate on top because it gives a super pretty zebra-esque stripe. And I’m ALWAYS a supporter of more chocolate.

Seriously, after trying a bite of these white chocolate brownies – you’ll question why you’ve never made them before! I also made a quick video showing you exactly how to make them, so check it out below: 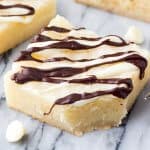 Fudgy, gooey white chocolate brownies are heaven in brownie form. These are made in one bowl, and the flavor actually improves after they cool down. If you love white chocolate, these are for you!
Prep Time15 mins
Cook Time22 mins
Total Time37 mins
Course: Dessert
Servings: 12
Calories: 320kcal
Author: Fiona Dowling

Brownies can be stored in an air-tight container in the fridge for 4-5 days.