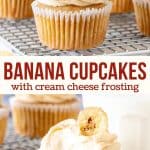 These banana cupcakes with cream cheese frosting have the perfect banana flavor and a moist, fluffy cupcake crumb. There’s a hint of cinnamon in the frosting with pairs perfectly with the sweet and mellow banana bread flavor. 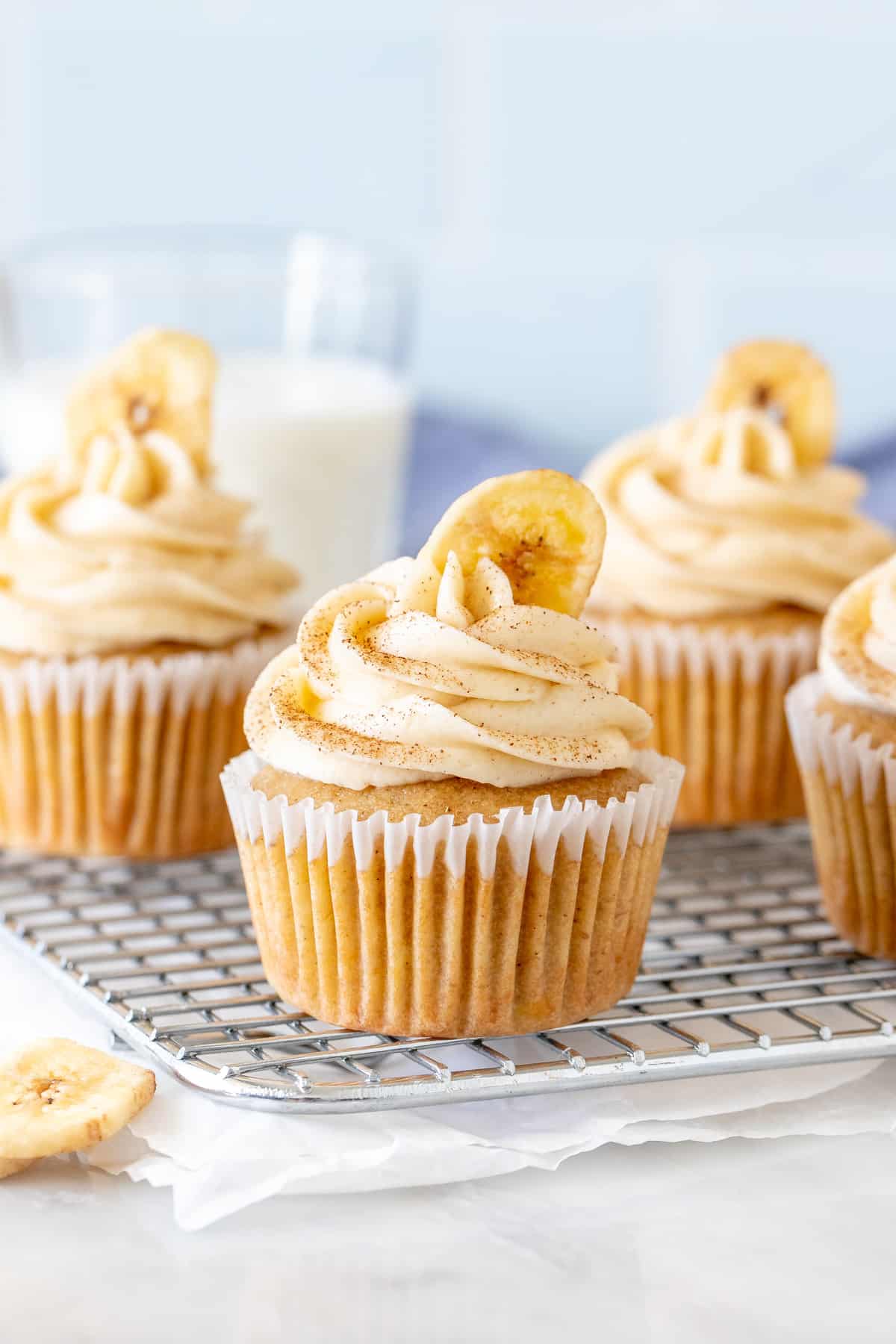 **This post was updated March 8, 2022 with new photos, recipe tips and a slightly updated recipe**

These banana cupcakes with cinnamon cream cheese frosting are the best thing to bake with brown bananas. They have a delicious banana bread flavor with hints of brown sugar, vanilla and cinnamon – but they’re lighter and fluffier in texture without being too dense. The cream cheese frosting on top is tangy and creamy with a hint of cinnamon that complements that banana flavor perfectly.

They’re the perfect cupcake recipe if you don’t want anything overly sweet, but they’re absolutely packed with flavor.

The cupcake flavor will remind you of banana bread, but they still have the texture of a cupcake. I was worried that they’d either be too heavy or they’d only have a slight banana taste. But this recipe balances both perfectly. 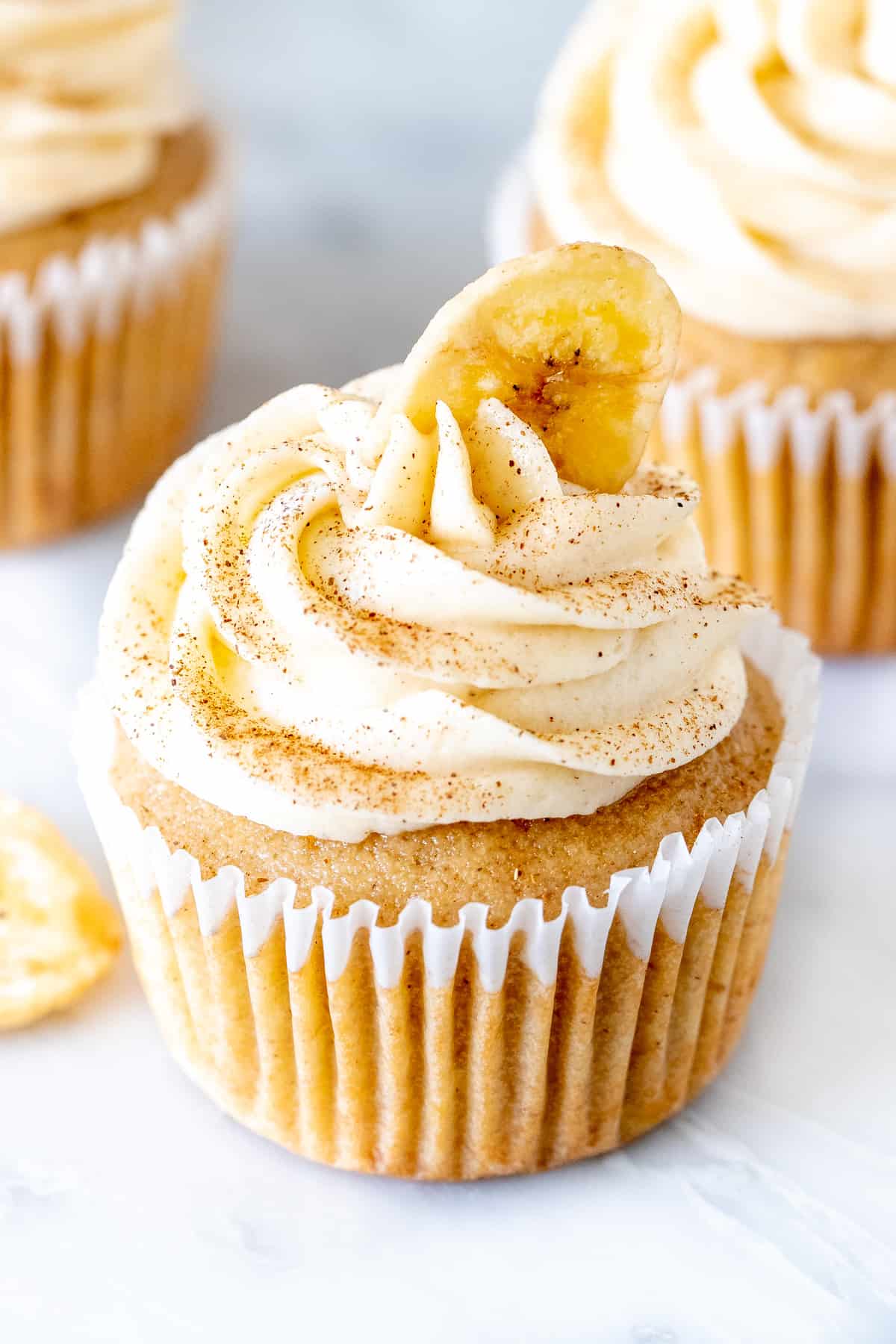 Here’s the rundown of the recipe. I’ve included tips and photos below for clarification. The measurements and instructions (without tips and photos) are in the recipe card when you scroll down.

Pro Tip: For the best banana flavor, always use brown bananas. Brown bananas are sweeter and softer. They’re much easier to mash and provide way more flavor. You can either mash your bananas with a masher, 2 forks or your electric mixer. If there’s still some lumps of banana pieces, that’s ok. Make sure to cut out any bruises before mashing the bananas. 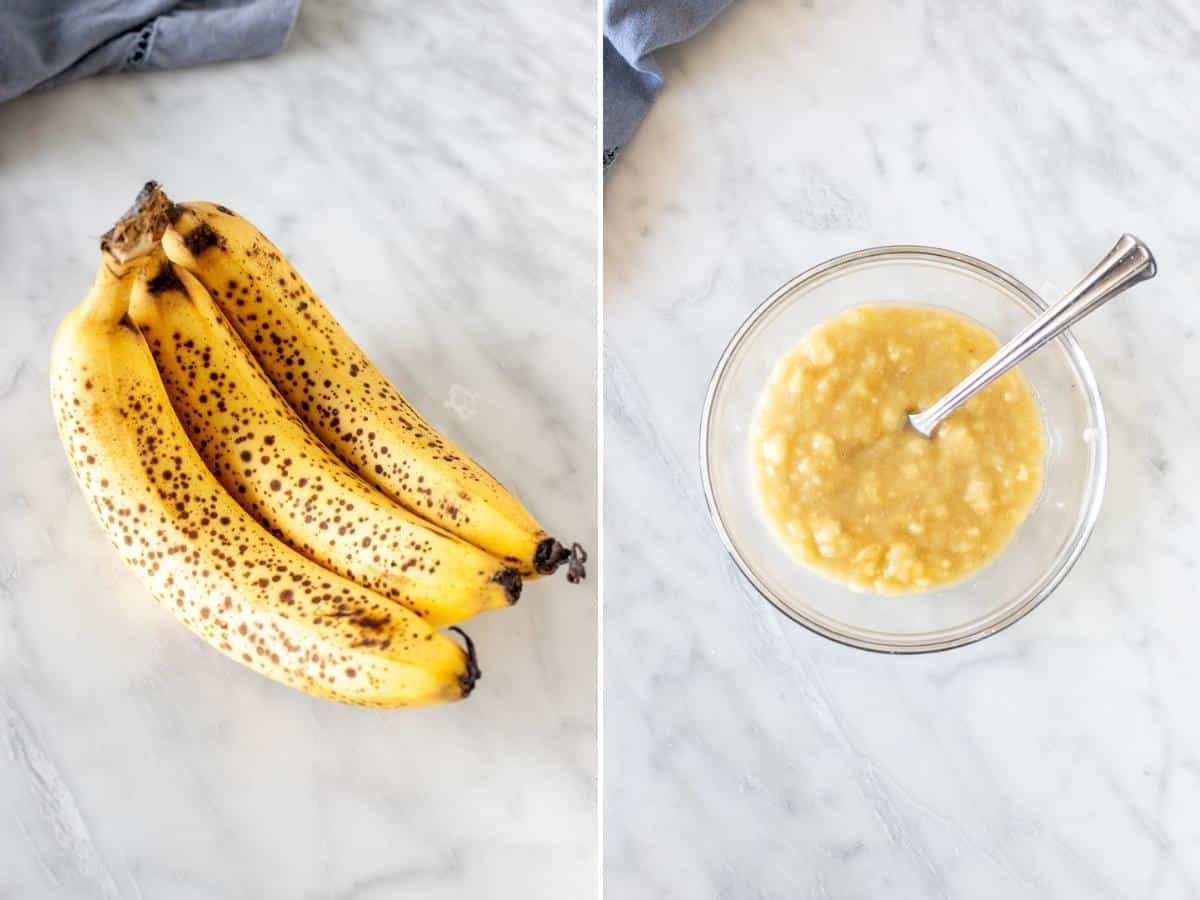 For the Cream Cheese Frosting

To finish it all off – cinnamon cream cheese frosting! It’s tangy, creamy and absolutely addictive. You’ll notice that it’s a little softer than classic American buttercream. Mine was thick enough to pipe with a star tip (I used a 1M), but you may prefer to use a round tip or a knife if your frosting seems thin.

When making cream cheese frosting, always use real butter and full-fat cream cheese. The butter should be room temperature or slightly below before getting started, but it should look slimy or like it’s starting to melt. Use brick-style cream cheese. Anything that comes in a tub or is labeled spreadable is too thin for making frosting.

The addition of cinnamon really takes the flavor to the next level – but if you’re more of a purist, you could leave it out. 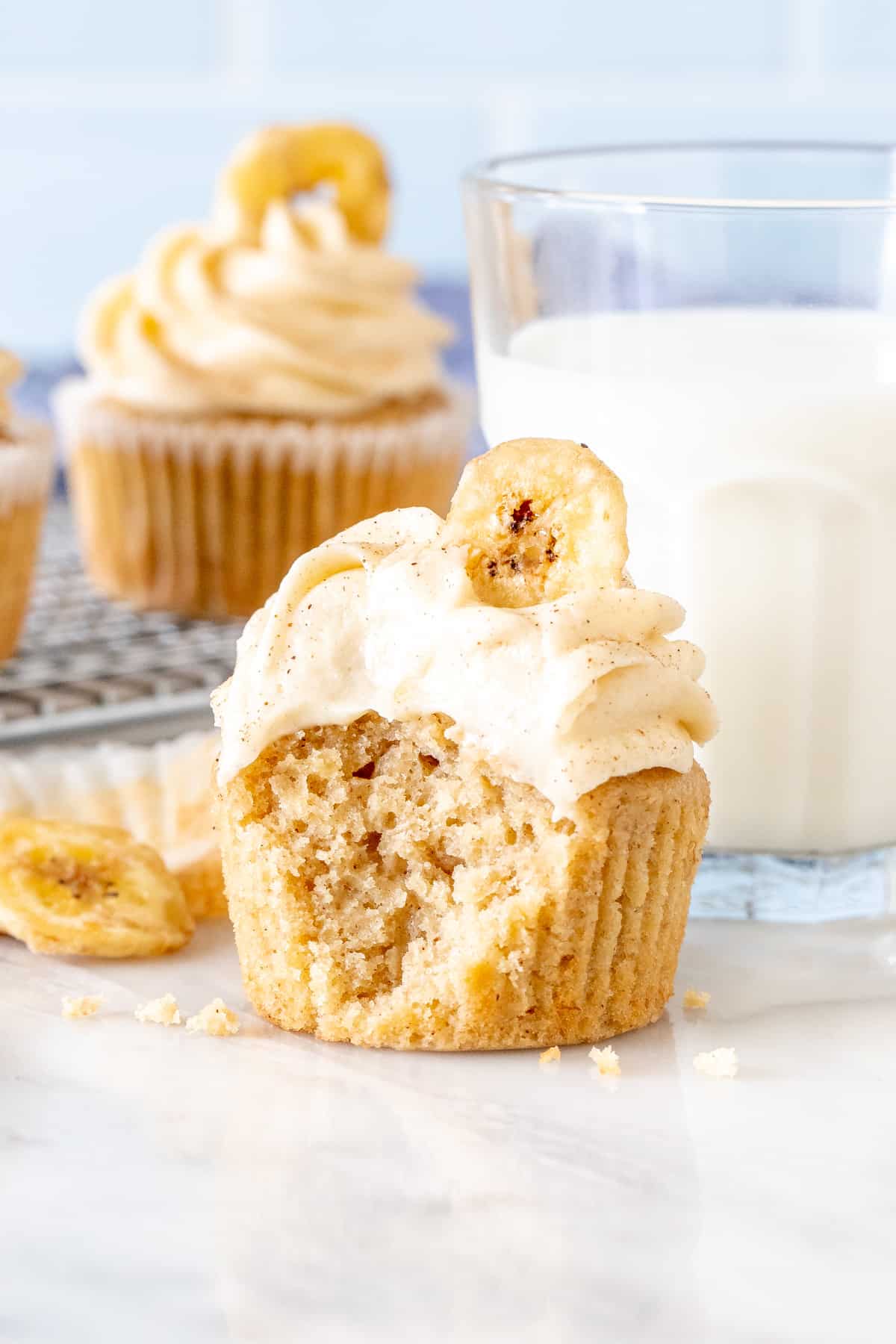 For more banana recipes, be sure to try: 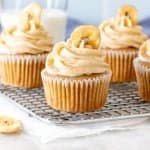