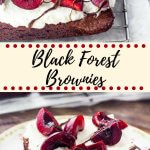 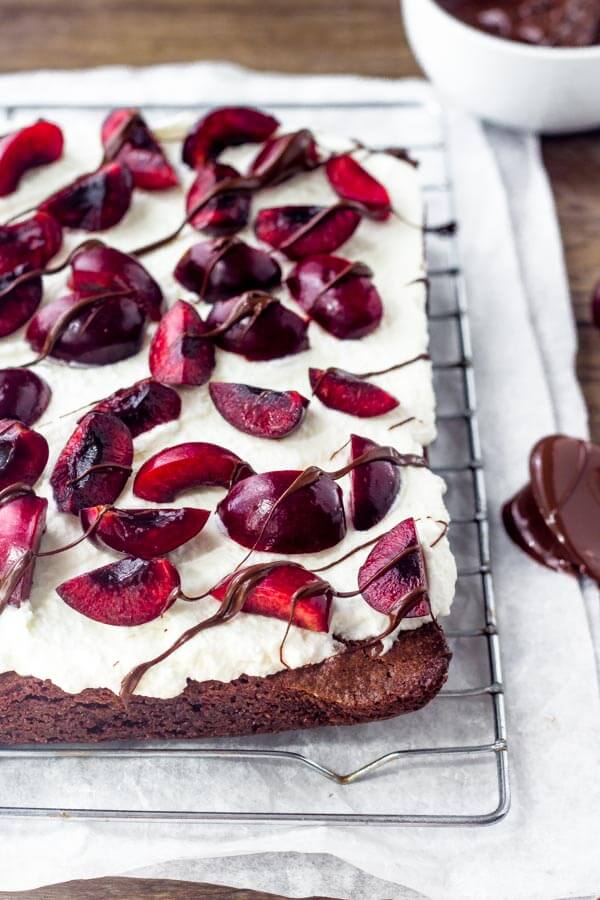 We’ve all tried black forest cake before. But what about black forest brownies???? They start with super fudgy, extra rich chocolate brownies. Then there’s a fluffy cloud of whipped cream, and tons of fresh cherries.

Because at the end of the day brownies > cake. In my humble, chocolate loving, opinion. And making brownies is way easier than any layer cake recipe. 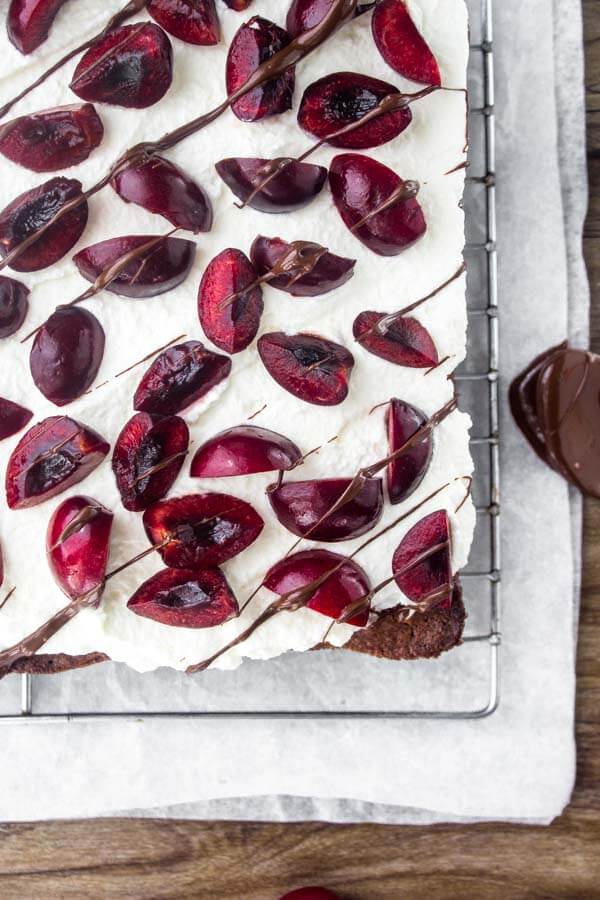 Then to ensure that your brownies are fudgy and dense, there are a few key tips: 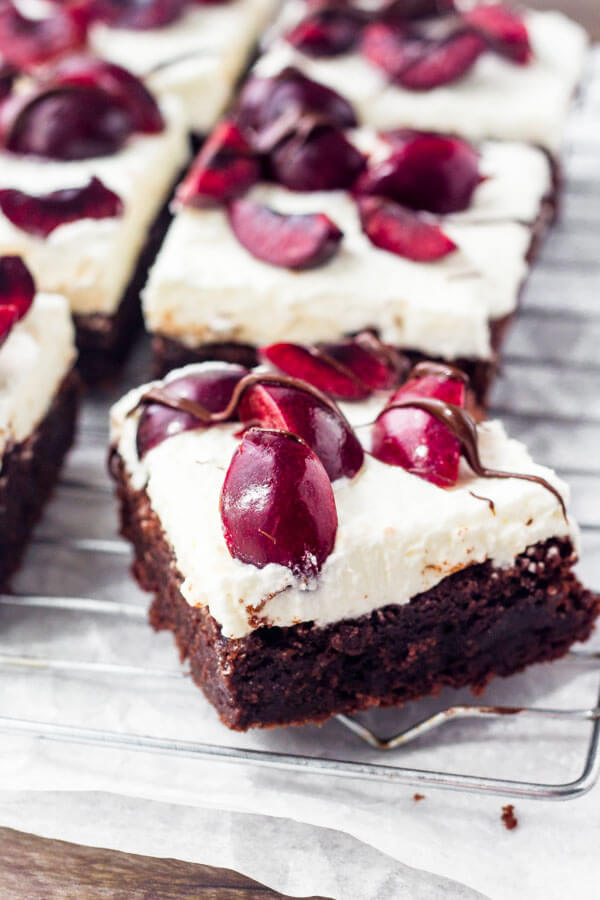 After the brownies are done baking, be sure to cool them 100%. Otherwise, when you add the whipped cream on top it’ll melt.

The whipped cream topping is exactly what the name says. Simple beat heavy cream or whipping cream with a little powdered sugar until stiff peaks form, then spread it on top of the cooled brownies. I love the combo of rich chocolate with whipped cream because the flavors complement each other so perfectly, and it’s not too sweet. 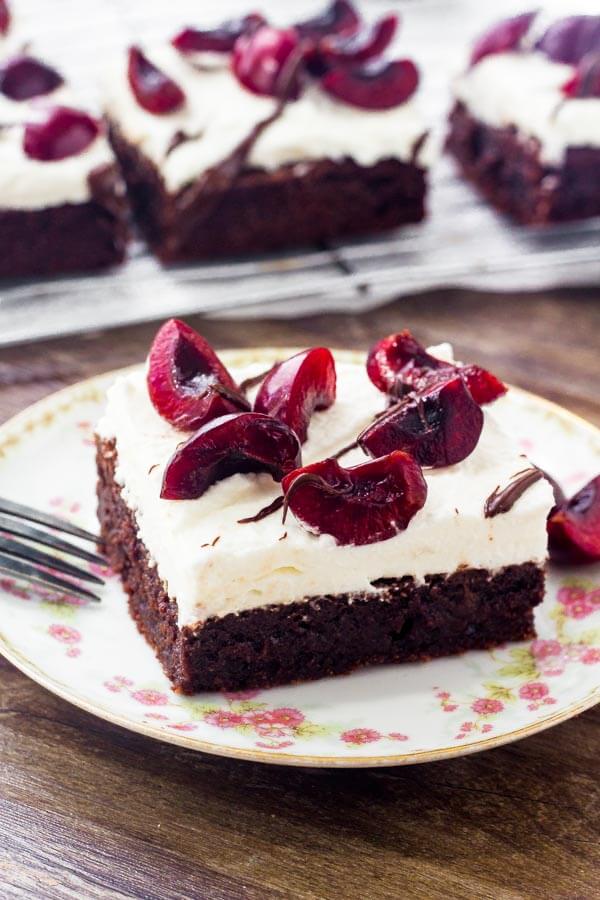 Then the star of the show is the cherries. Sweet, bright red, perfectly juicy. I added a drizzle of chocolate on top for a little extra somethin – somethin. And for more chocolate of course.

What I love about these black forest brownies is that they feel elevated and a little fancy, so you can easily serve them at a dinner party or when you’re feeling extra. They’re such a delicious way to enjoy brownies AND fresh summer fruit all in one. And when there are chocolate AND cherries involved – you really can’t go wrong. 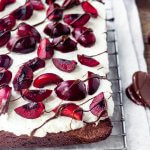 Love black forest? Try these other favorites too: