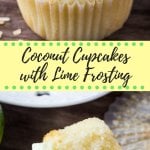 These coconut cupcakes with lime buttercream frosting have a triple dose of coconut in the cupcakes and a soft, buttery texture. Then they’re topped with creamy, fluffy lime frosting & toasted coconut. These are the perfect tropical cupcake recipe! 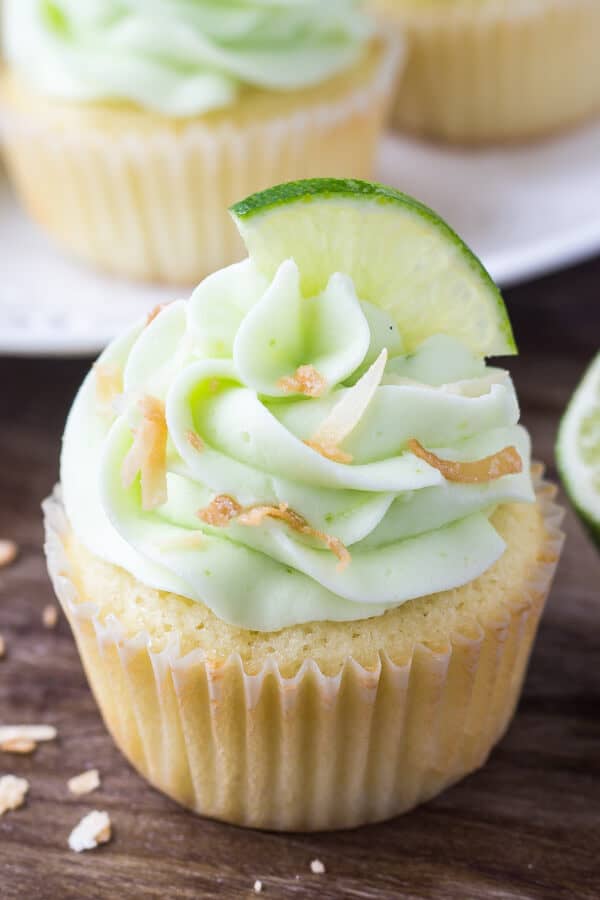 Sometimes you need a cupcake that tastes like summertime fun and warm, sunny days. And these Coconut Cupcakes with Lime Buttercream Frosting are exactly that.

They’re like a tropical party in cupcake form. A mini cake that says “it’s time to celebrate” if you will.

They start with a moist coconut flavored cupcake. Then they’re topped with fluffy lime frosting. I absolutely love the sweet coconut flavor and tangy lime- iness of the frosting. The lime isn’t bitter at all – but instead it’s smooth, creamy and deliciously fresh tasting.

The cupcakes are actually made with a triple does of coconut. 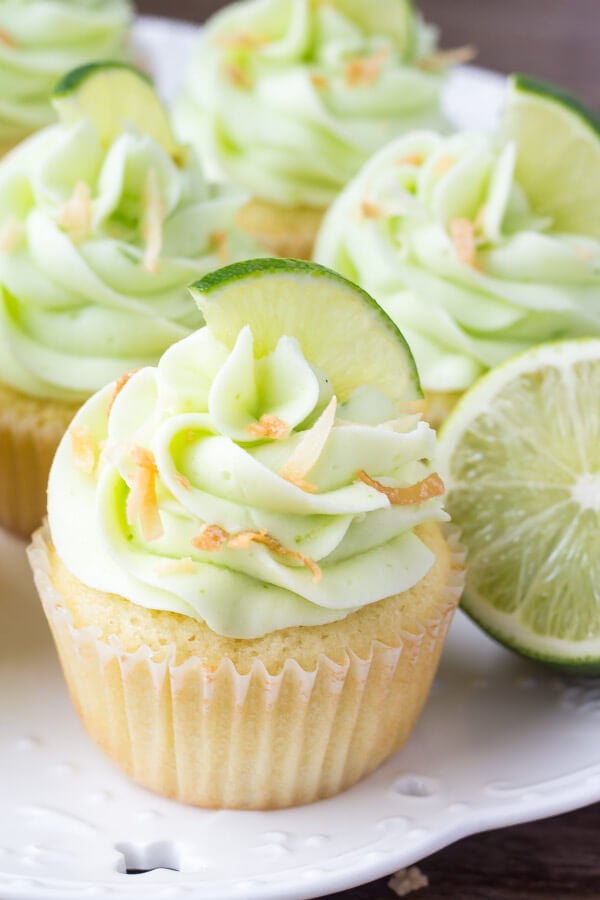 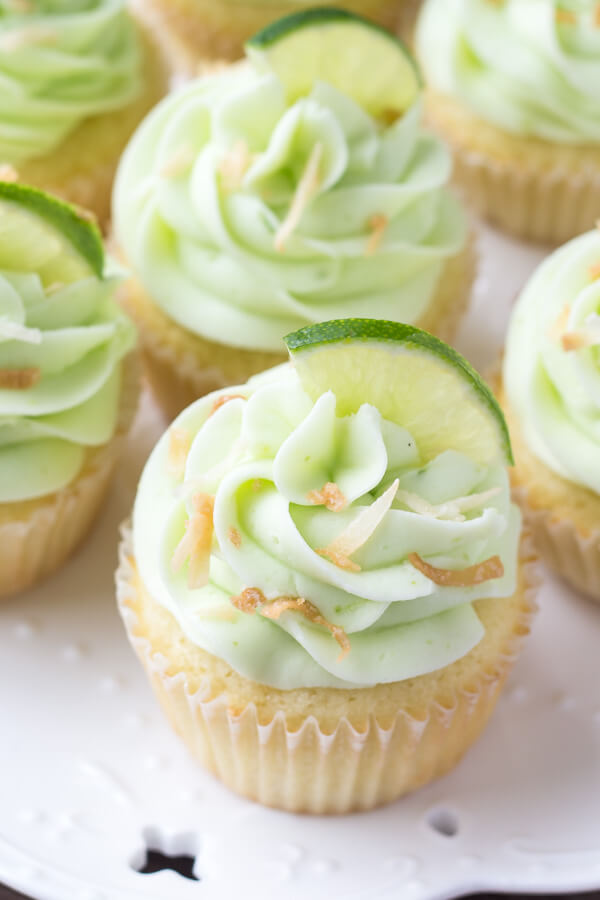 For the shredded coconut, we’ll measure out ½ cup then process it in the food processor (a blender works too). Then it gets sifted into the dry ingredients. For the coconut milk, make sure to shake/stir it very very well before adding it into the batter. And finally, a little coconut extract for even more deliciousness.

The cupcake texture is buttery & soft – and the coconut flavor is sweet, and slightly nutty without being overpowering.

And now for the lime frosting. If you’re on the fence about this one – you need to hope on over. Because it’s creamy, dreamy & just about everything you could ever want. The lime flavor isn’t too tart or bitter, but instead it adds this deliciously fresh tangy lime -goodness that you’re going to love.

I frosted my cupcakes using a piping bag and a 1M Wilton tip – but you could also frost these just using a knife if you prefer. Then I sprinkled with a little toasted coconut & a lime slice for fun (and because…. could you really say no to that????)

If you’re looking for cupcakes that are perfect for summer, or a tropical themed party – or just want a cupcake that’s a little different than your regular vanilla or chocolate – then you should definitely give these coconut cupcakes with lime buttercream frosting a try. 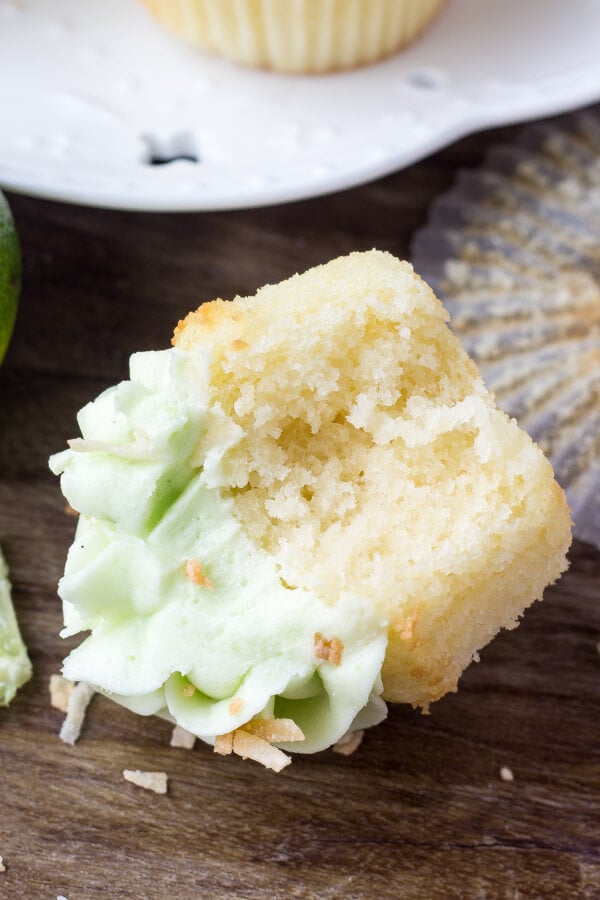 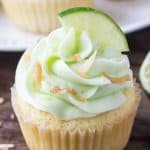 *Before measuring out ⅔ cup of coconut milk - stir the whole can very well. We don't want just the clear liquid or just the white solid part. I processed mine in the blender for a few short bursts first then measured out ⅔ cup.