If you like your brownies chewy, gooey and extra chocolatey – then these one bowl chewy brownies are for you! Made with oil and cocoa powder so you likely won’t even need an extra grocery trip, they’re an easy decadent recipe that are waaayyy better than boxed brownies! 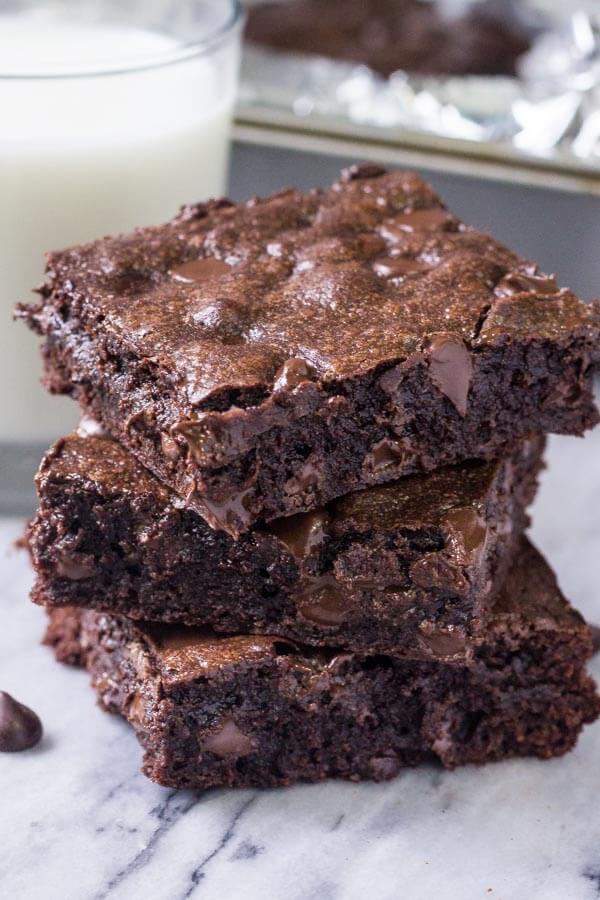 When it comes to brownies, everyone has their favorite type. Chewy, cakey, fudgy – maybe you like yours slathered with frosting or topped with a scoop of ice cream & chocolate sauce.

But however you slice it (and a very delicious chocolate slice that is) – you need the perfect brownie recipe. And if you like your brownies chewy and soft, then this my friend is the recipe for you.

Now lately I’ve been trying to be pretty healthy because I have about 1 zillion weddings coming up. But I ate 2 of these massive chewy chocolate filled brownies in rapid succession. Like wood chopper style. And felt zero guilt. So that should give you an idea of just how delicious they are. 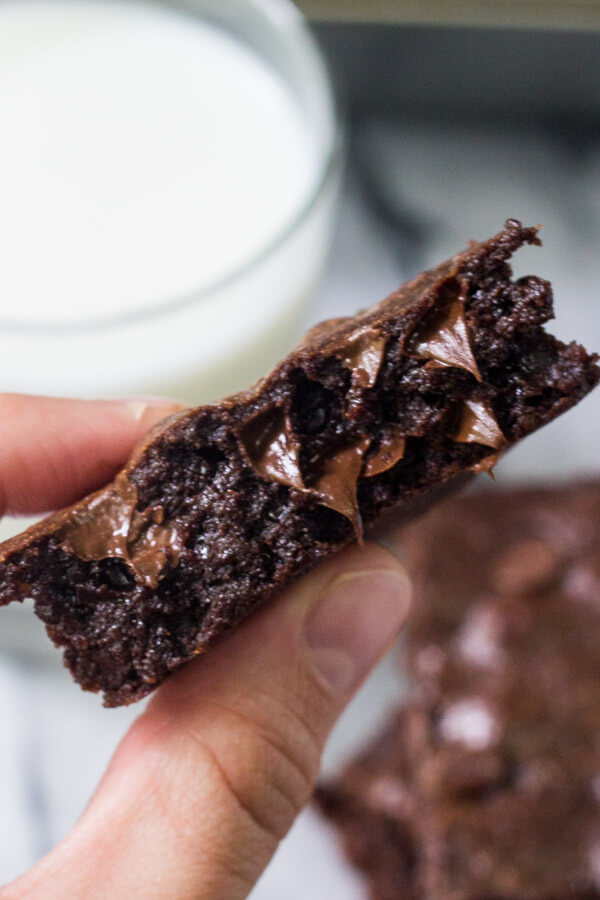 This easy brownie recipe is a one bowl, no mixer, all kinds of delicious type of thing. And the best part is there’s no need for buying anything expensive.

Because these chewy one bowl brownies are made with oil and cocoa powder – they’ll remind you of boxed brownies. But they’re extra chewy and have a little richer chocolate flavor. Plus, we’re filling them with chocolate chips too.

You’re going to love them. 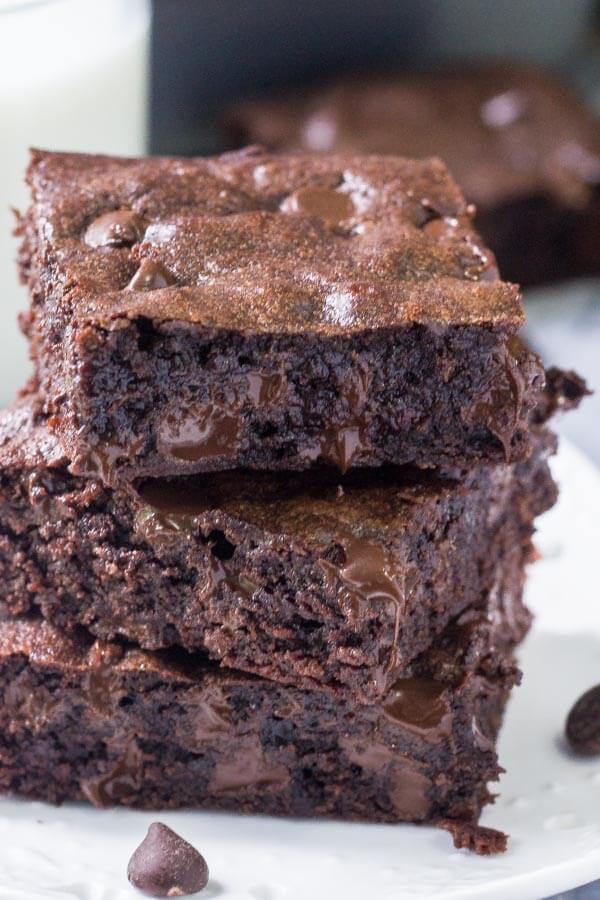 How to Make Chewy Brownies

You end up with super chewy brownies, with zero dry cake crumbs and a texture that’s dense and melt in your mouth.

I rest my case.

What makes brownies chewy and dense is the fact that brown sugar adds moisture, and the extra egg yolk adds tenderness. You won’t get that crackly top on your brownies, but they’re extra moist.

Then to make them dense? No baking powder or baking soda, and we’re mixing everything together by hand instead of using an electric mixer. Leaveners and electric mixers add air to the batter, causing it to rise. More air and more rise leads to a lighter texture. 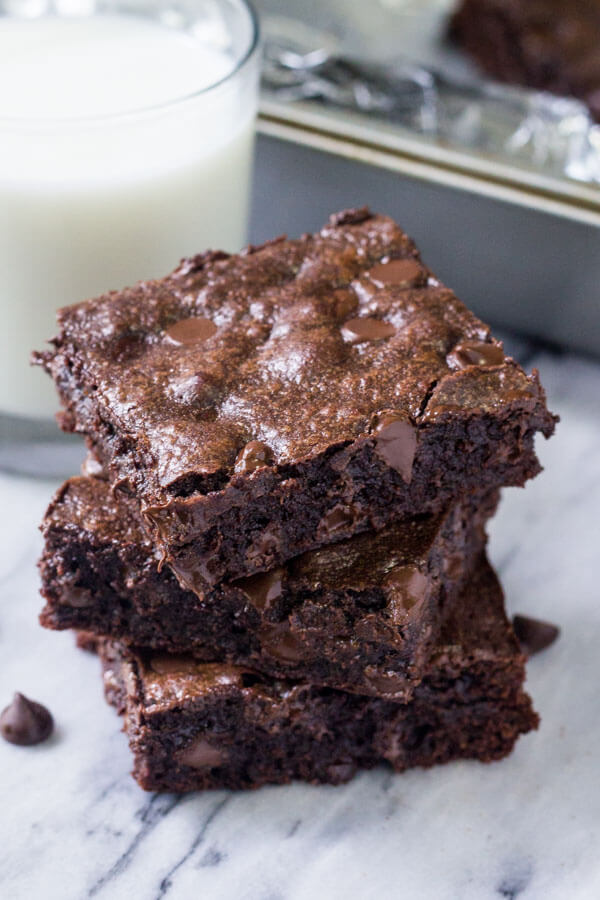 So to make brownies extra dense and chewy, leave them out.

These one bowl chewy brownies are seriously delicious, completely rich in the best possible way, and moist (my apologies to everyone cringing over that word). And since the ingredients are probably all in your pantry already – it’s time to get baking!

If you like your brownies chewy, gooey and extra chocolatey - then these one bowl chewy brownies are for you! Made with oil and cocoa powder so you likely won't even need an extra grocery trip, they're an easy decadent recipe that are waaayyy better than boxed brownies!
Prep Time10 mins
Cook Time20 mins
Total Time30 mins
Course: Dessert
Servings: 9 brownies
Calories: 350kcal
Author: Fiona Dowling

Make sure to try some of my other favorite brownie recipes!