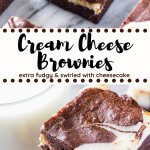 These cream cheese brownies are rich and fudgy with a swirl of cheesecake. The tanginess of the cheesecake layer balances out the extra chocolate-y brownies, making these the perfect decadent brownie recipe. 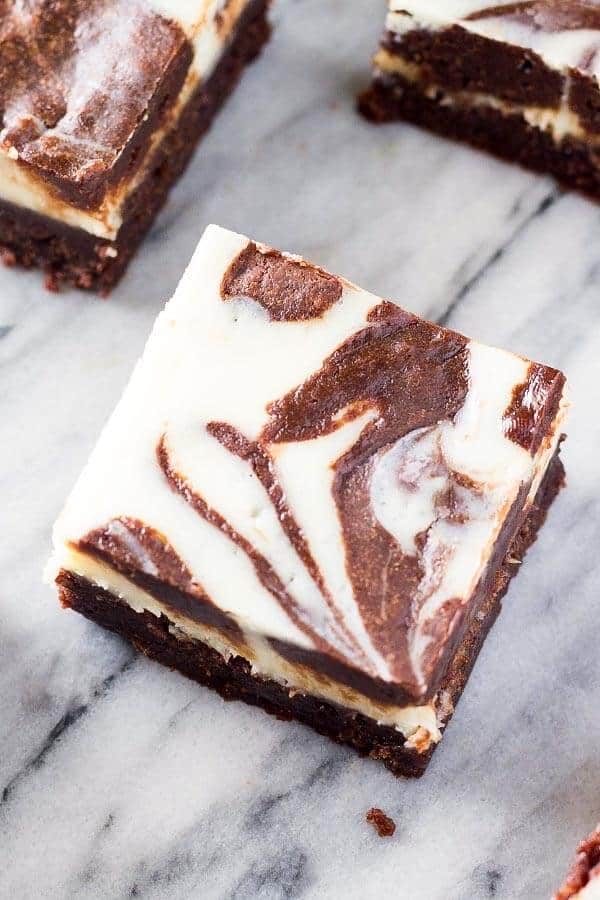 These cream cheese brownies combine 2 of my favorite desserts in one: fudgy brownies and cheesecake. You end up with a brownie that’s extra decadent, and tanginess of the cream cheese creates the perfect balance of flavors. They’re the type brownie that’s just a little extra special, and the pretty swirls on top makes them decadent looking too.

The Story Behind these Cream Cheese Brownies

The first time I told  fiance I was planning to make cheesecake he told me he didn’t like it. What???? How could he NOT like one of my best friends?

Frankly – I was a little hurt and not impressed by his judgemental attitude. But after the initial surprise and anger subsided, I got competitive. It was challenge accepted – and I was ready to prove to him that cheesecake is delicious.

And these cream cheese brownies were just the way to do it. Because disguising cheesecake into fudgy brownies is clearly the way to win over anyone’s heart, change their mind and prove your point. 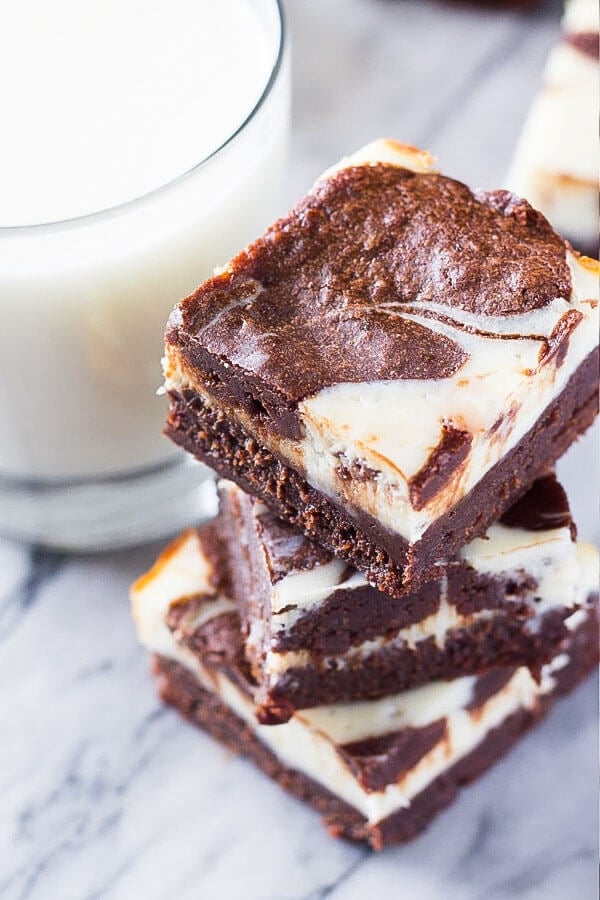 How to Make Cream Cheese Brownies

To make these brownies – you need to make the 2 components: the brownie layer and the cheesecake layer.

To make the brownie layer:

Then the cheesecake layer is made with just 3 ingredients:

From, there – it’s time to “assemble” the brownies, and create that beautiful swirly top.

From there – the brownies are ready to bake. They’ll take about 30 minutes to bake in an oven preheated at 350F.

For these brownies – it’s imperative that you cool them fully, then chill in the fridge for at least 4 hours before cutting into them. Chilling the brownies in the fridge allows them to fully set, and actually improves the flavor. It also ensures that the brownies cut beautifully with clean edges.

How to Cut Brownies – Always cut brownies that are fully cooled. Cut with a thin, sharp knife – not a butter knife. You want to make clean, sharp cuts – not saw the knife back and forth. Then wipe your knife off in between each cut.

Now for a few FAQs: 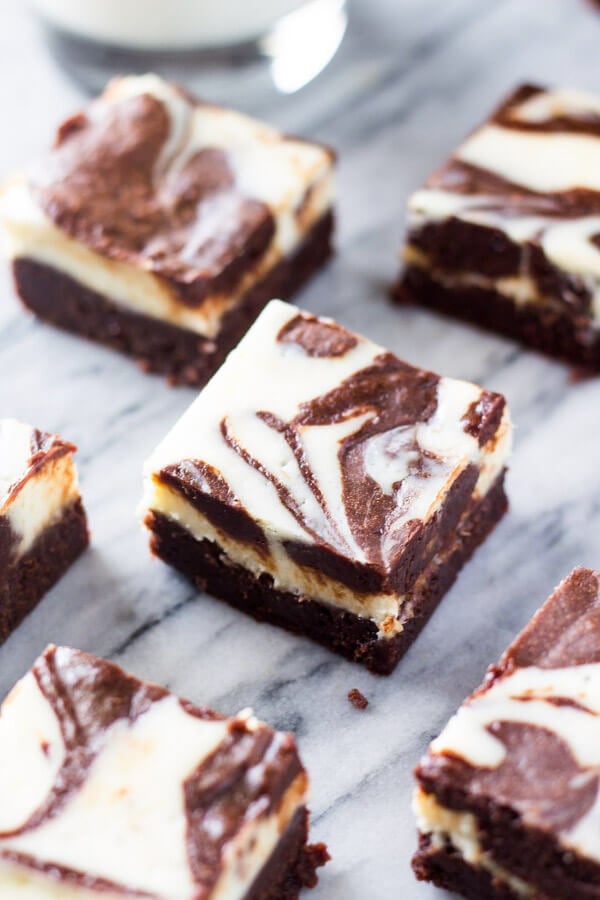 And if you love brownies – make sure to try these other favorites: 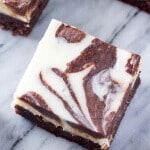 For the Brownie Layer

For the Cheesecake Layer

*I recommend using between 50%-70% dark chocolate. Using semi-sweet chocolate will make the brownies a little sweeter and less chocolate-y. Do not use bittersweet chocolate because they will be too bitter. **Room temperature ingredients. Take these ingredients out of the fridge 20 minutes before getting started for best results.  Store leftover brownies in the fridge for up to 4 days. Make Ahead Tips: This is the perfect recipe to make the day before, or the morning before you plan to serve them - because the brownies need to chill in the fridge for at least 4 hours before serving. 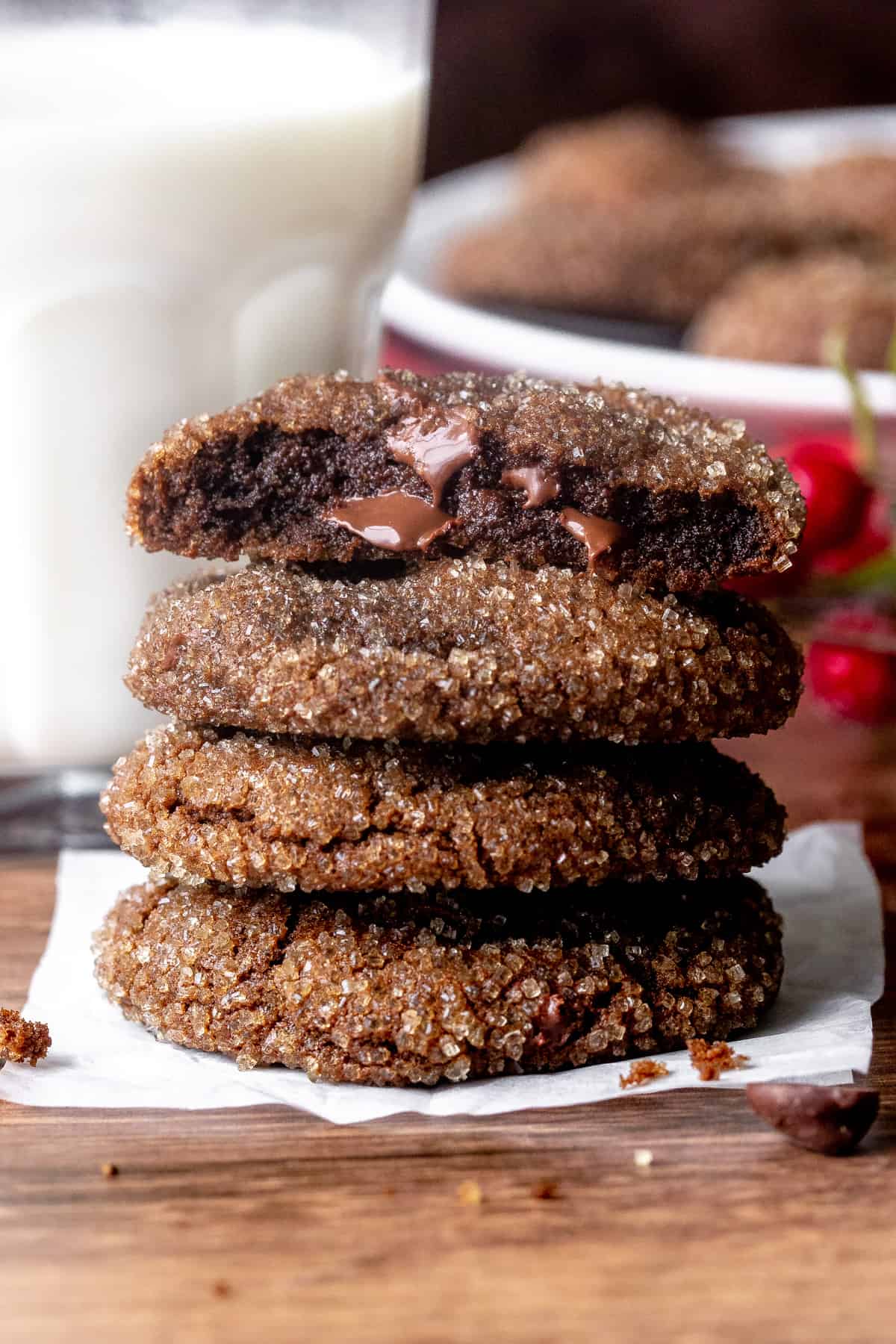