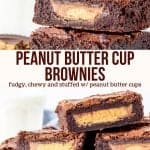 These peanut butter cup brownies are fudgy, chewy and stuffed with Reese’s. They’re the ultimate combination of chocolate and peanut butter and the perfect way to take your brownies to the next level! 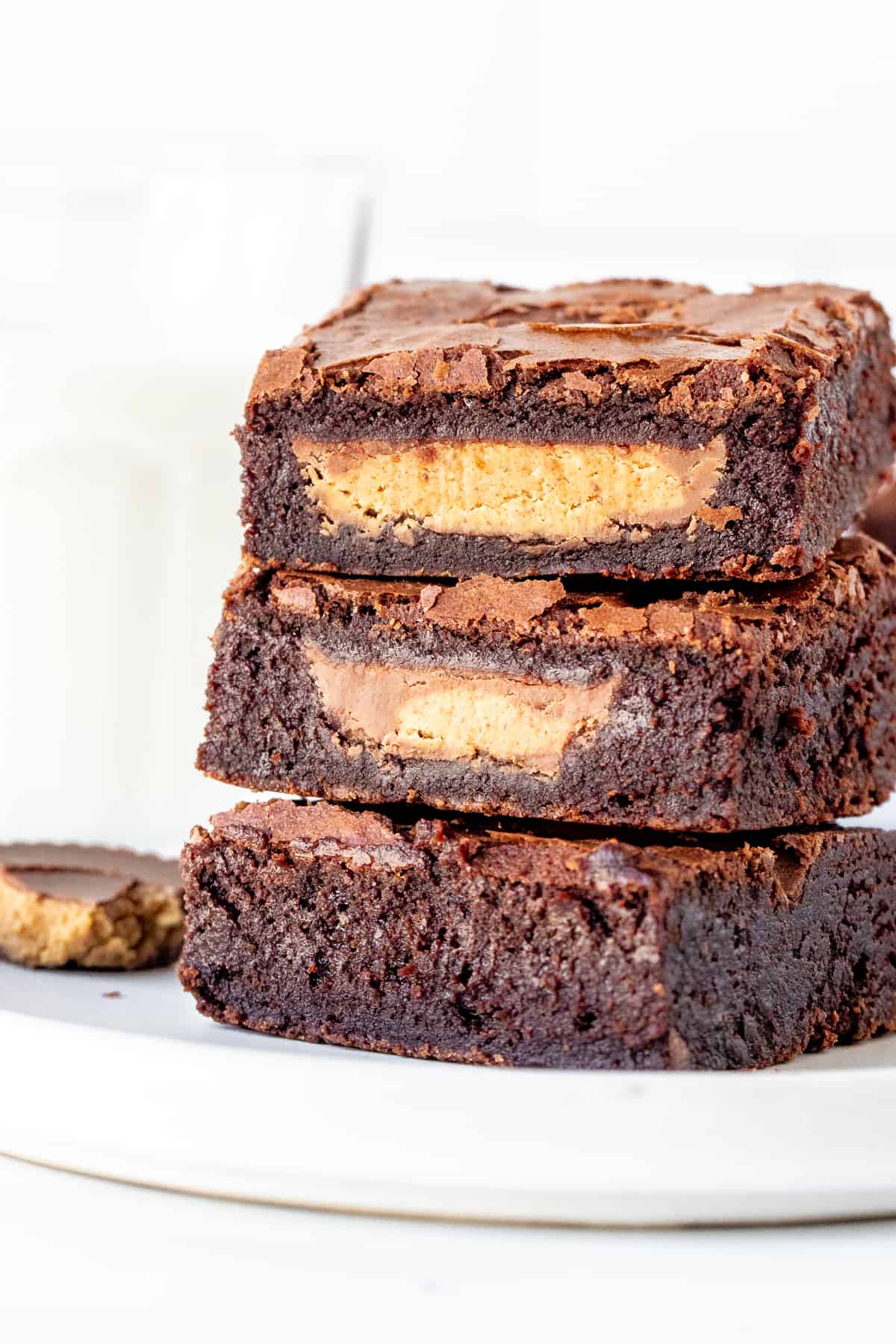 If you’re looking for a decadent brownie recipe, or if you’re partial to a peanut butter cup, then you need to make these Reese’s brownies. They start with the perfect brownie recipe that’s rich and fudgy. The brownies are verging on gooey in the middle and have the perfect crinkly tops. Then they’re stuffed with full peanut butter cups for a delicious surprise inside. They’re obviously more decadent than your classic homemade brownies, but that’s never stopped me. 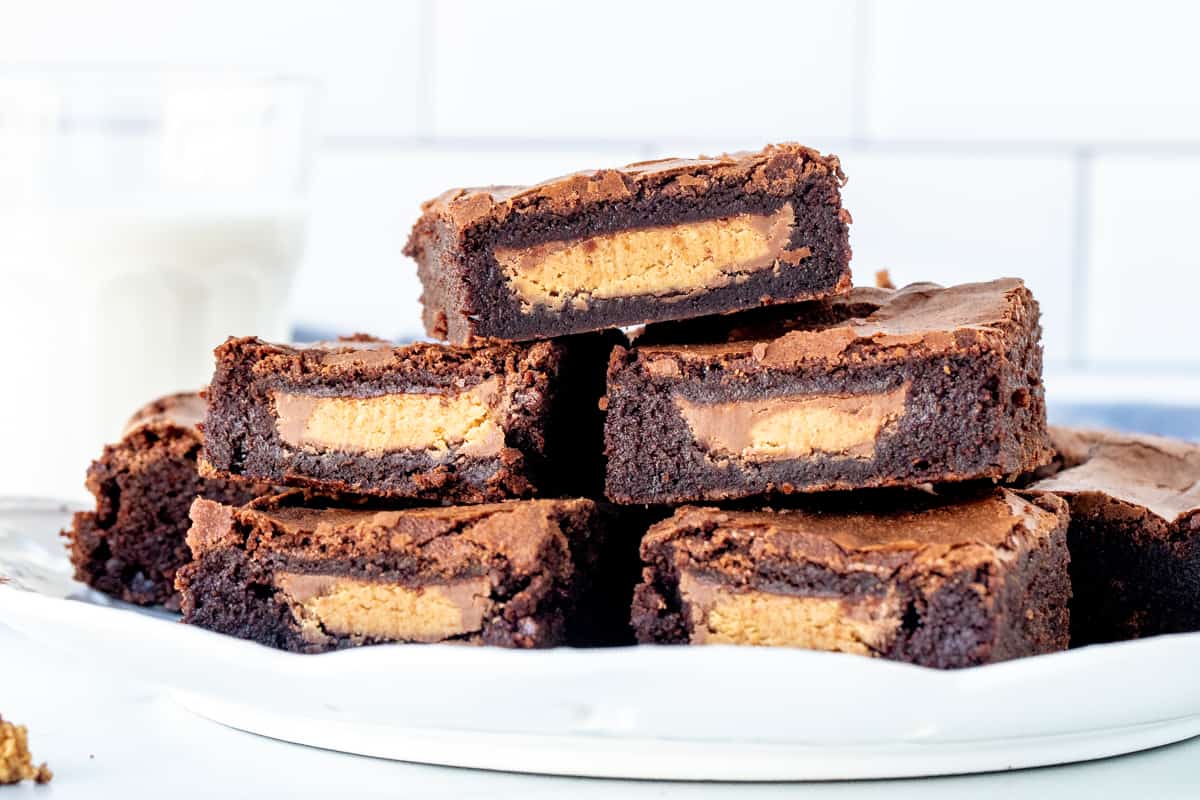 The brownie recipe is from scratch. It uses both cocoa powder and melted chocolate for a rich chocolate flavor without going overboard. There’s minimal flour in the recipe to keep the brownies gooey and moist. You’ll also notice that we aren’t using any baking powder or baking soda in this recipe. That’s because to keep the brownies dense – we don’t want them to rise (baking soda and baking powder are to help baked goods rise).

After you’ve made the brownie batter, it’s time to assemble the brownies. AKA stuff with peanut butter cups.

Note: I always drop spoonfulls instead of dumping the rest of the batter overtop because it makes it much easier to spread the batter over the peanut butter cups. 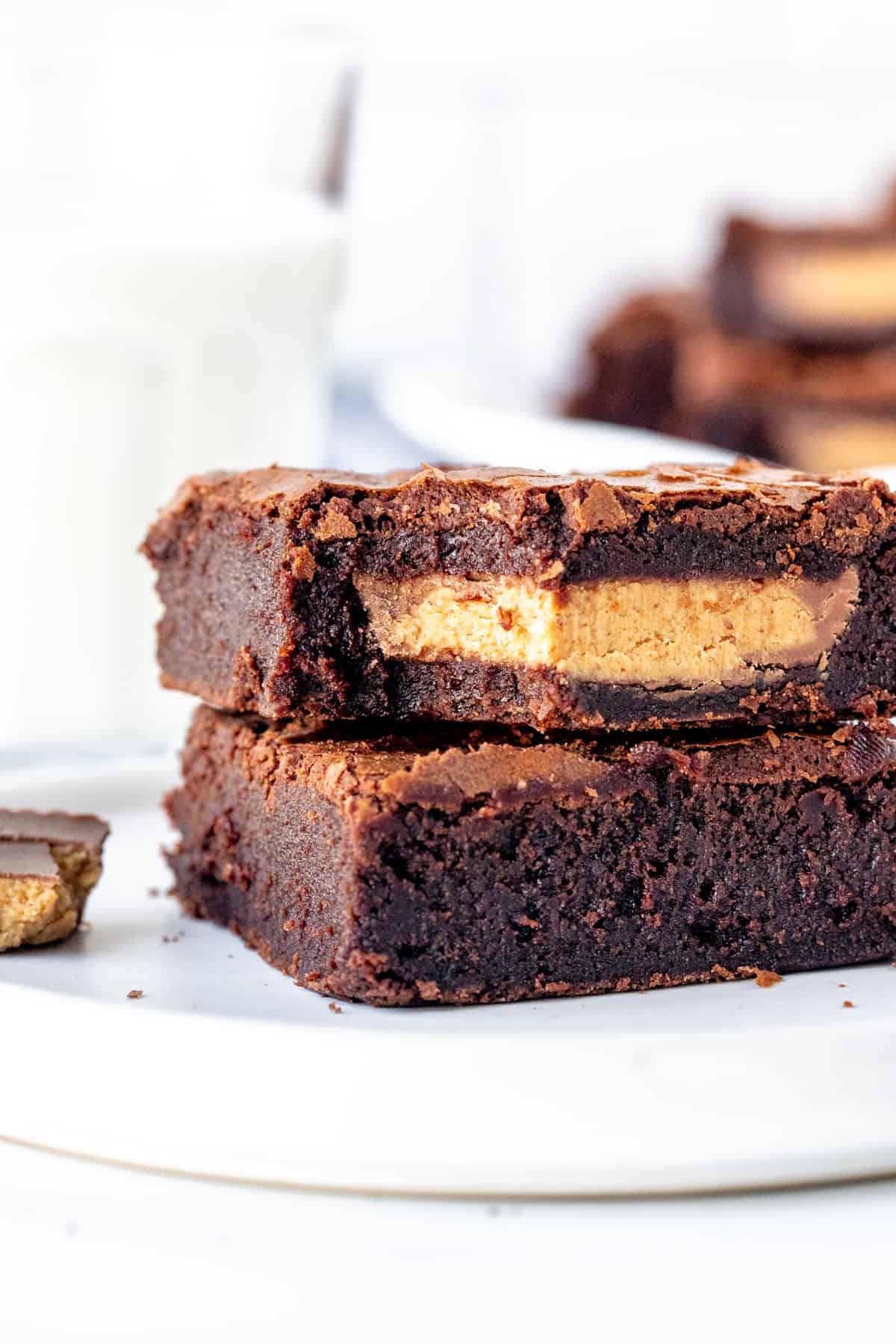 Chewy, fudgy, perfectly rich without being too much, AND stuffed with Reese’s – these peanut butter cups have everything you could want in a brownie. And if you looking for more delicious chocolate peanut butter recipes, then be sure to try: 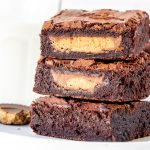