These raspberry coconut bars have a buttery shortbread base, a layer of raspberry jam and a coconut macaroon topping. This old-fashioned recipe is simple to make and perfect for coconut lovers. 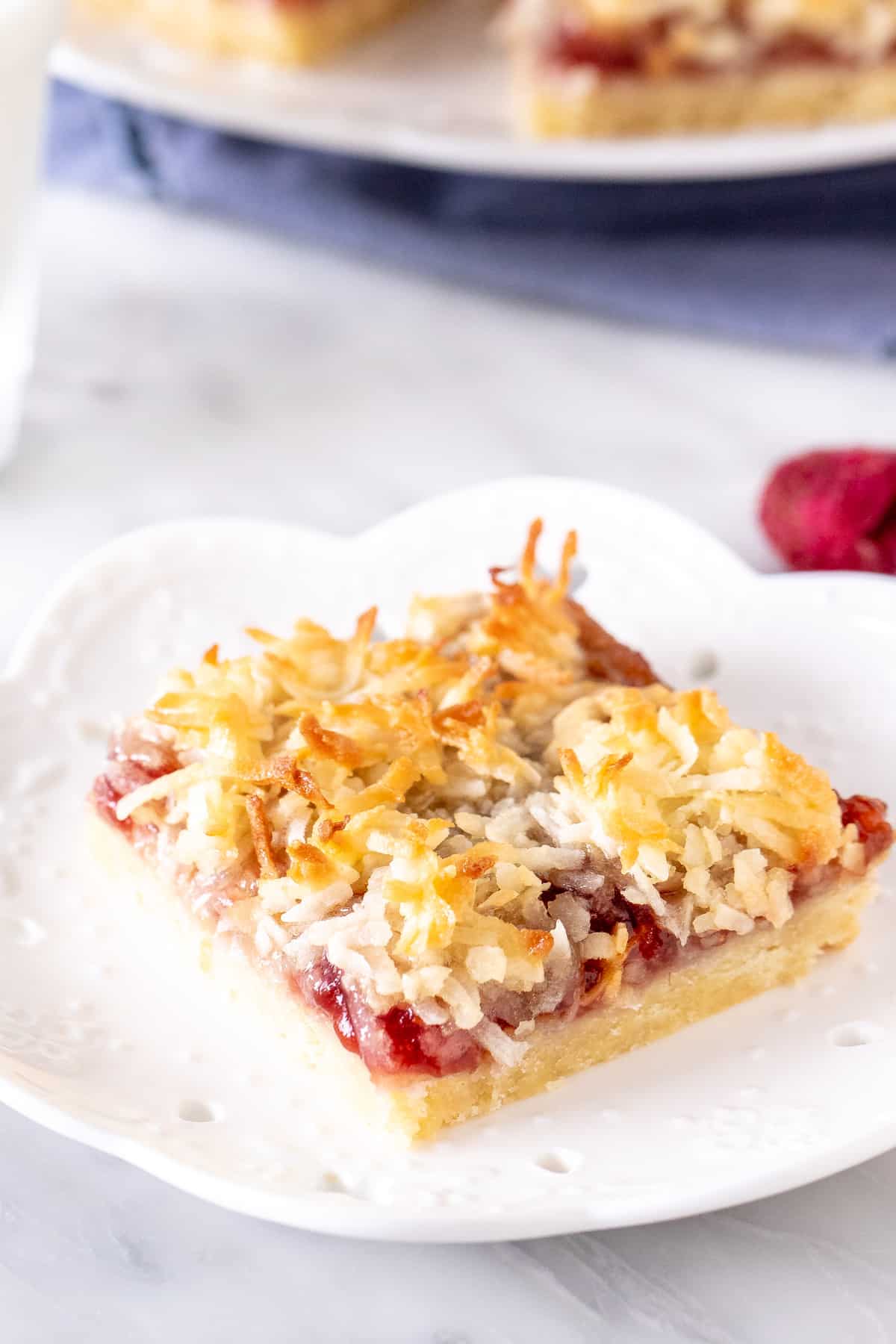 My aunt used to make these raspberry coconut bars every Christmas. When I moved to Brisbane, I saw the recipe was even more popular in Australia – only it’s called a raspberry coconut slice. This recipe features a thick, buttery shortbread crust with a layer of raspberry jam in the middle. Then the topping is made with sweetened coconut – which is probably my favorite part.

The recipe starts with a buttery shortbread-esque base. Like any shortbread recipe, it’s made with just a few simple ingredients: butter, sugar and flour plus a little cornstarch to keep it soft. You’ll press the mixture into the bottom of a lined 8×8 inch (20×20 cm) pan, and then it goes in the oven to bake for about 20 minutes, or until slightly golden. Baking the base layer on its own is absolutely necessary – otherwise it’ll end up soggy and raw. 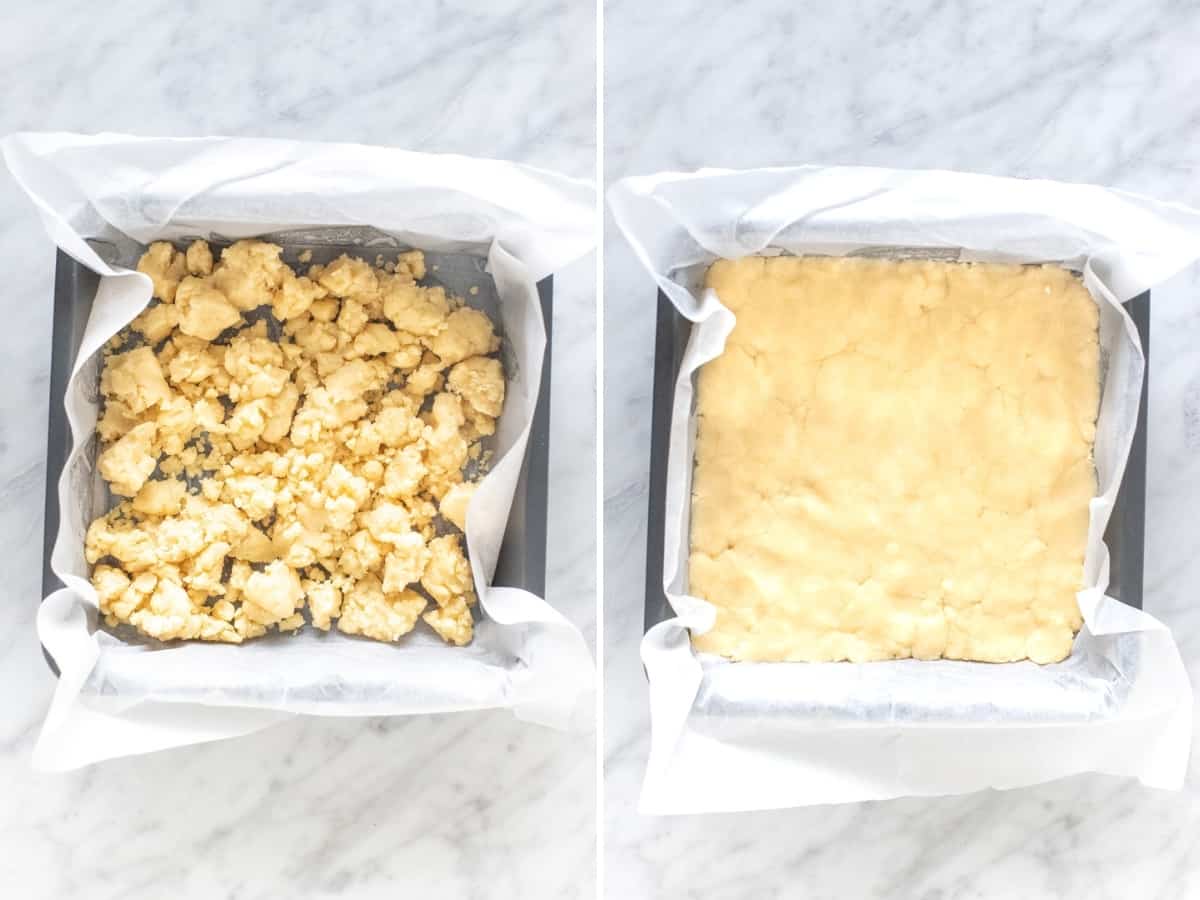 Once it’s out of the oven, you’ll spread an even layer of raspberry jam on top. I found that ¾ cup of jam is the perfect amount. If you like an extra thick layer, you could use 1 whole cup. Note: I bought a 10.5 ounce (300 gram) jar of raspberry jam, and used pretty much the entire thing to get ¾ cup.

Then for the chewy coconut topping you’ll whisk together 1 large egg, 1 extra egg white (discard the yolk), 3 tablespoons of granulated sugar and 1 ⅔ cup shredded coconut. I found these proportions gave a topping that’s thick and chewy with just the right amount of sweetness. I like using shredded coconut because it gives lots of texture and a pretty appearance that becomes slightly golden as it bakes. Then the coconut layer goes on top of the jam. 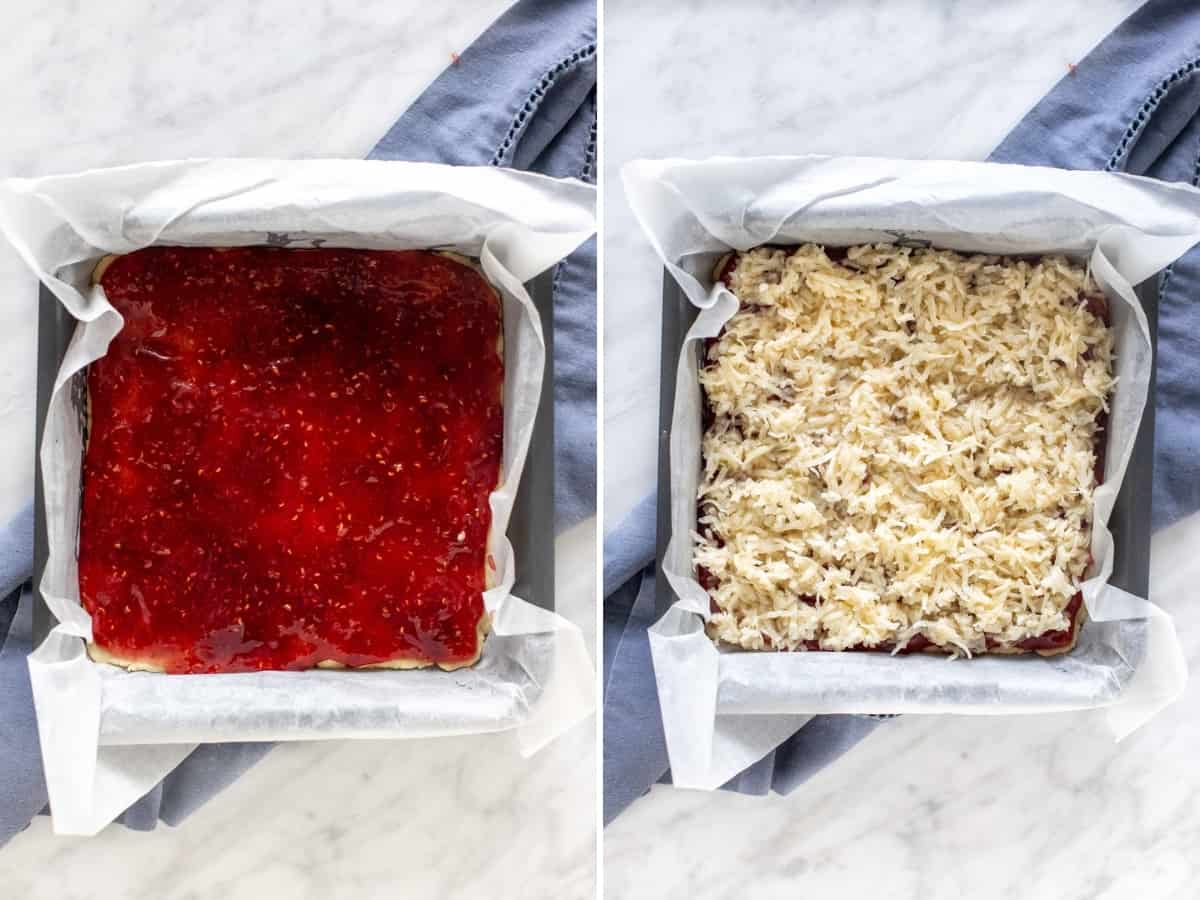 Pro Tip: Instead of dumping all the coconut mixture on top of the jam and trying to spread it into a thin layer, spoon small amounts over the top and gently spread it into an even layer. Otherwise, you can end up moving the jam to the edges of the pan and you’ll have an uneven layer.

The bars will then go back in the oven to bake for about 30 minutes, or until the coconut is starting to become golden brown on top.

Pro Tip: Cool the bars fully before slicing – this may take 2-3 hours.

The buttery shortbread, sweet jam and chewy, flaky coconut on top make these bars simply irresistible. I love that you can make them any time of year, because you don’t need to worry about what fresh fruit is in season. And the flavor combo of raspberry and sweet coconut is perfect. 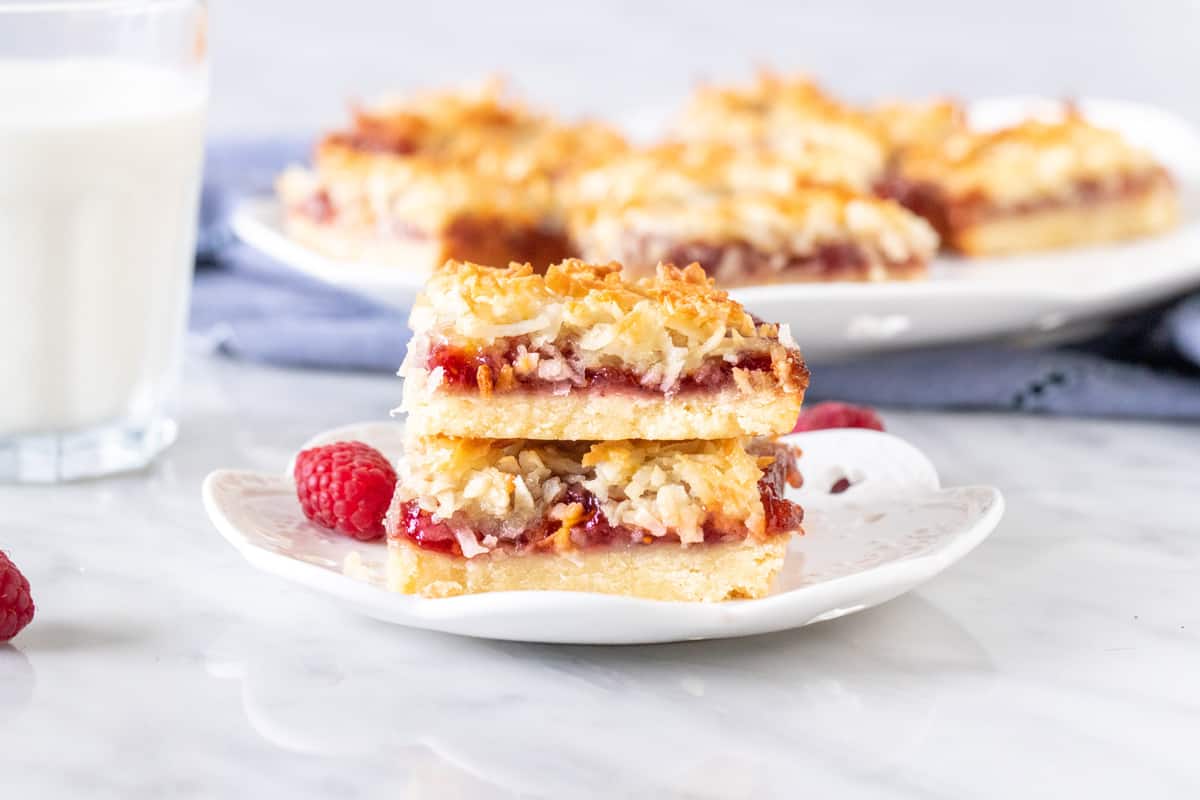 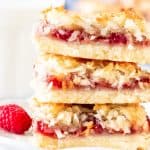