Soft, chewy Brown Butter Blondies filled with pockets of of huge chocolate chunks. You’re one bowl & no mixer away from a whole lot of deliciousness. 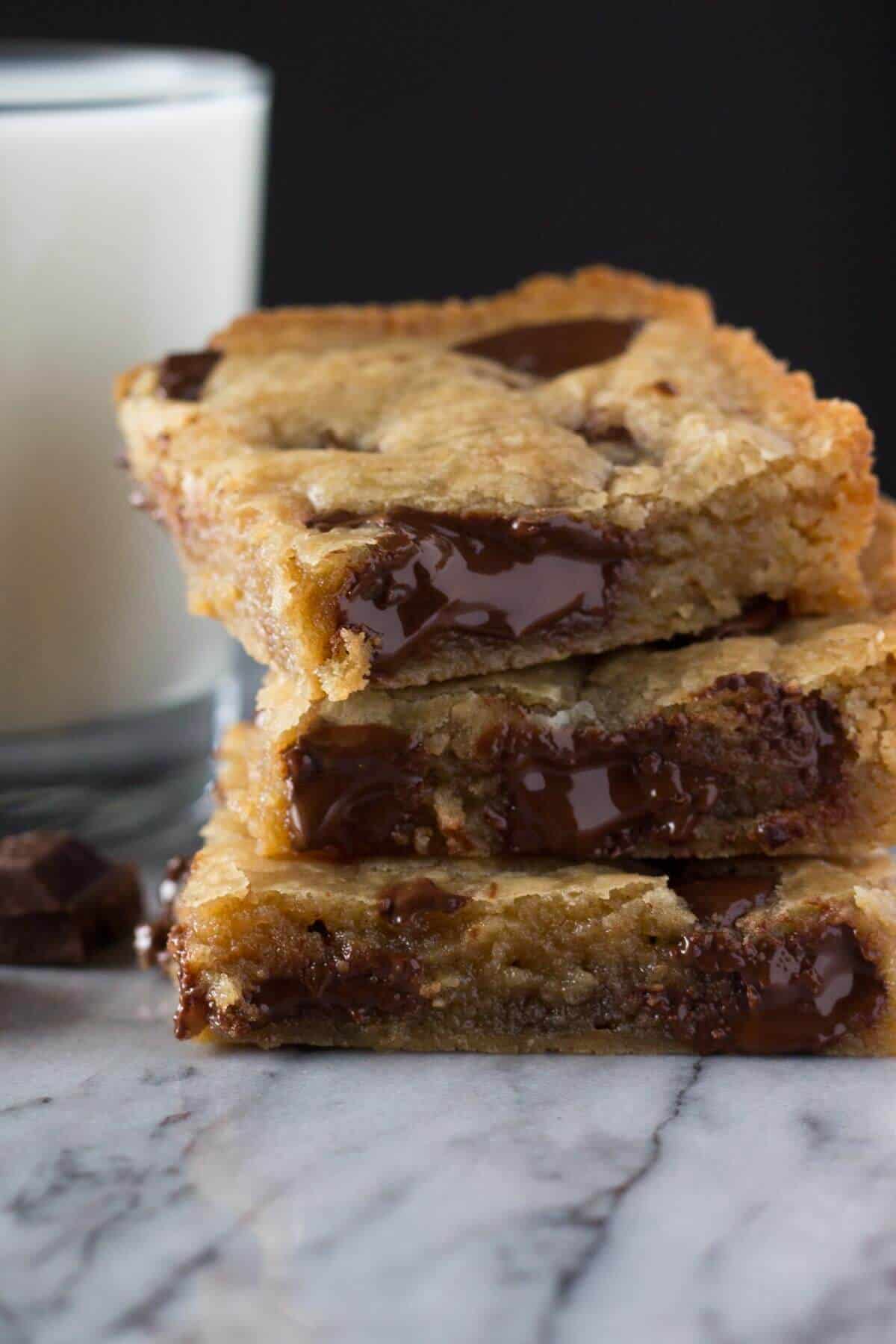 Sometimes I dream of making fancy desserts that belong in a Parisian bakery store-front, or at a wedding at the Ritz Carlton.

Other times I want to sit in my sweatpants and dealing with mille-feuilles or fondant is the last thing that interests me. Yes – I want to eat chocolate, and no – I don’t have the mental strength to deal with potential kitchen failures. These Brown Butter Chocolate Chunk Blondies are for those times.The times when you need something decadent &  delicious but requiring very little effort. The times when you want pockets of melted chocolate, and you don’t care if your fingers get messy. The times when you lack the arm strength turn on your mixer, the patience for cookie dough to chill, and the determination to wash more than one bowl. But you need a warm, delicious baked good fresh the oven and oozing with dark chocolate.

These Brown Butter Chocolate Chunk Blondies are there in your darkest times. And they’re there to be your new best friend. Comforting, homey & warm. With dark chocolate chunks.

Now let’s break these delectable bars down into their 2 main components that give so much flavor: Brown Butter & Dark Chocolate Chunks.

Brown butter is so amazing in baking. Just by melting your butter for a little longer until the milk solids begin to form you get a rich, fragrant, almost nutty aroma and so much extra flavor. The day I discovered browning butter it was like Ariel singing A Whole New World. There’s actually a way to make butter even better. 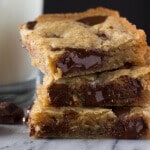