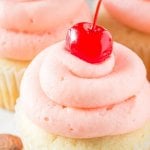 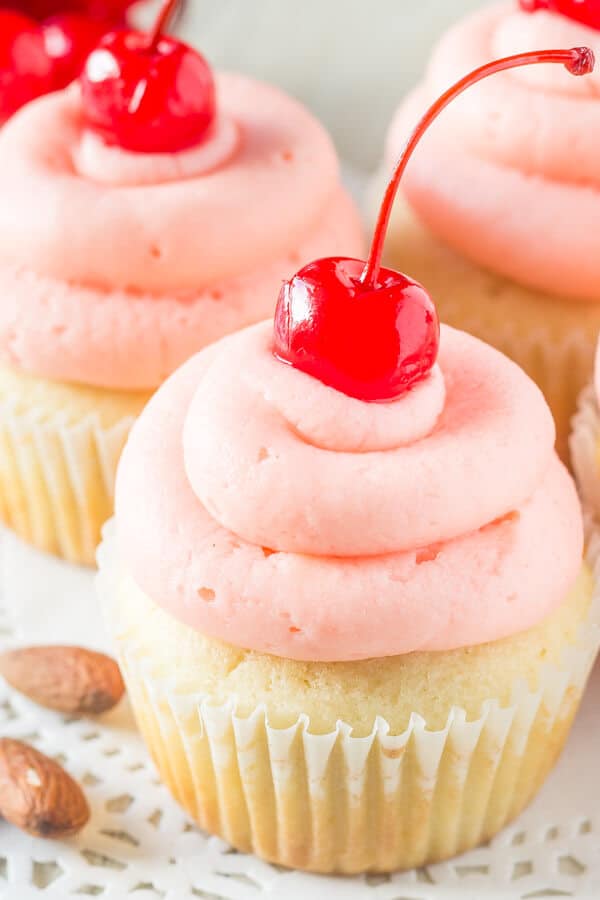 I don’t think there’s anything prettier than a cupcake. Especially a cupcake with pink frosting.

So when I was dreaming of recipes to make with maraschino cherries – fluffy almond cupcakes with cherry buttercream frosting was the obvious winner.

Because pink is pretty. And almond is delicious. And sometimes you need a break from chocolate. :0

If truth be told – I try to make something with maraschino cherries every few months. Not only is the color gorgeous – but I like to tease Jay about his love of “maraschimo” cherries. I laughed so much when I realized he had been mispronouncing the word incorrectly for 25+ years… especially since they’re one of his favorite foods…. 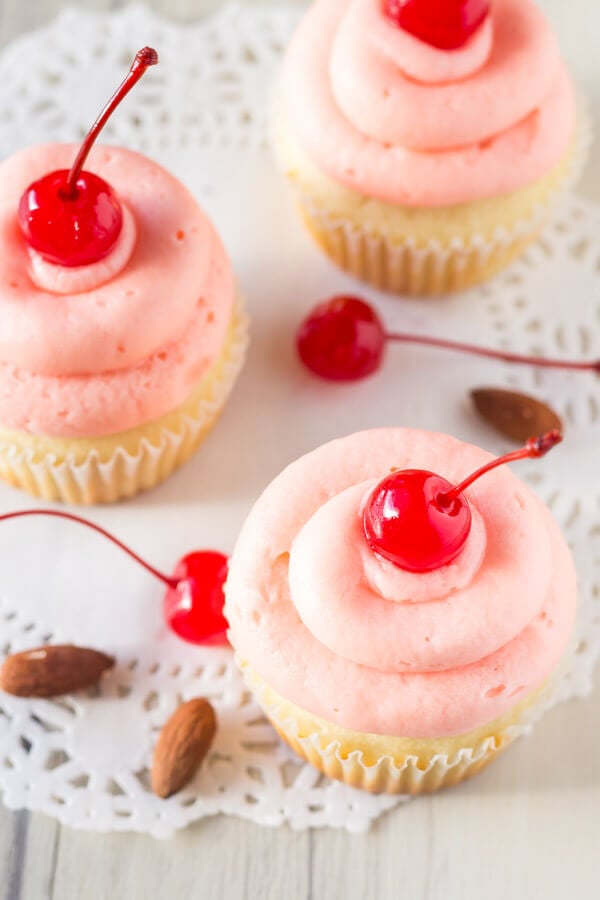 Plus, the pretty pink color is so perfect for Valentine’s (are we too early for that yet??) or baby showers.

For the Almond Cupcakes

This almond cupcake recipe starts with the base recipe for my favorite vanilla cupcakes. The cupcakes are fluffy, soft, perfectly moist and just plain delicious. There’s a few key ingredients that give that perfect flavor & texture: 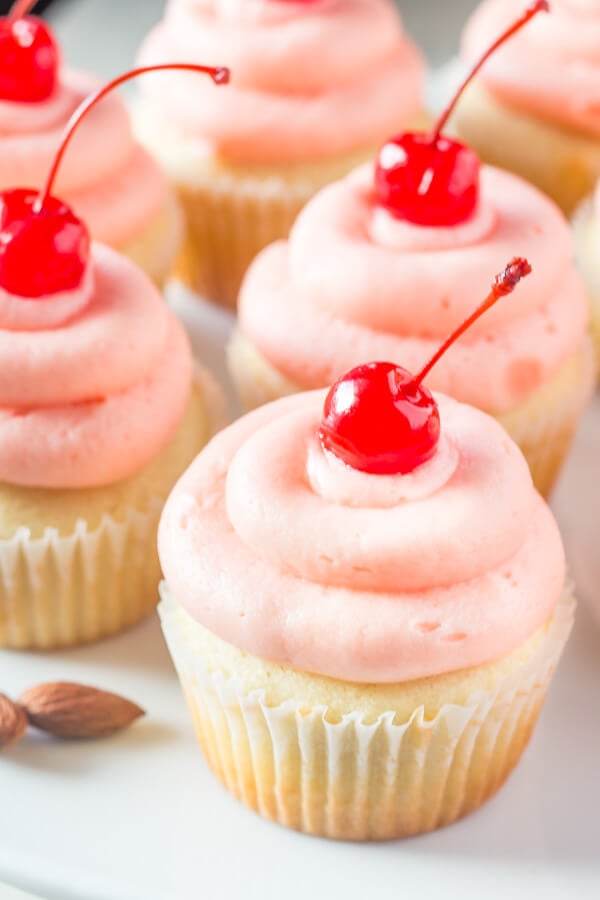 Then before you get started, make sure to warm up all your ingredients to room temperature. Room temperature ingredients makes it easier for everything to combine evenly so you don’t overmix the batter. Overmixing causes tough cupcakes, which we definitely don’t want.

For the Maraschino Cherry Frosting

As much as I absolutely love these almond cupcakes, I think the cherry frosting is my favorite part. It’s fluffy, creamy, perfectly smooth and so pretty – and while you can taste the maraschino flavor – it isn’t too strong. The delicate almond cupcakes with the sweet  maraschino cherry buttercream is absolutely delicious. Plus, the pink color and cherry on top makes them extra special. 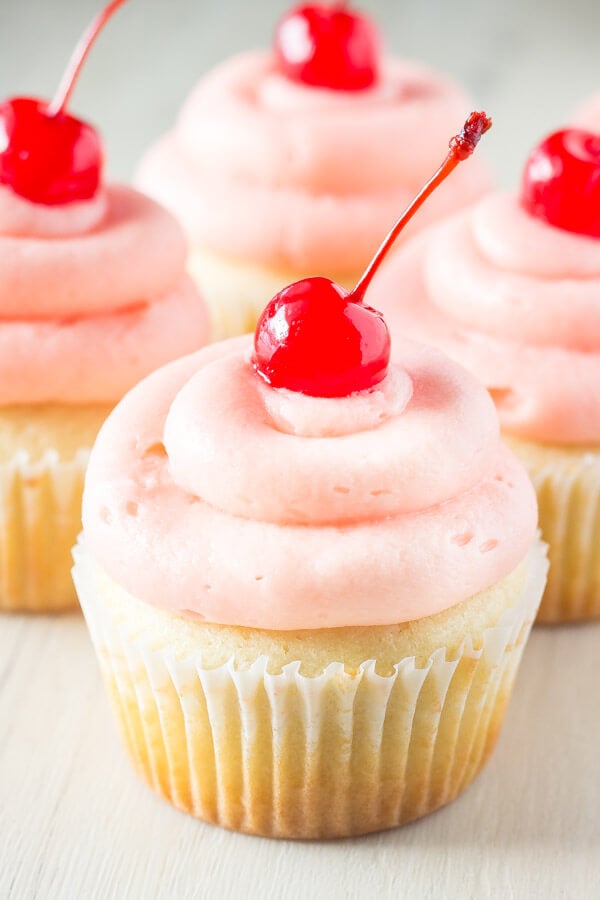 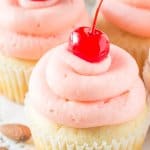 For the Almond Cupcakes

For the Cherry Buttercream