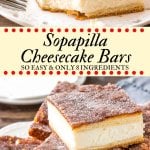 These sopapilla cheesecake bars have a thick layer of creamy cheesecake between 2 sheets of flaky pastry. Then they’re topped with buttery cinnamon sugar. This version of sopapilla is made with only 8 ingredients – so it’s quick, easy & oh so delicious. 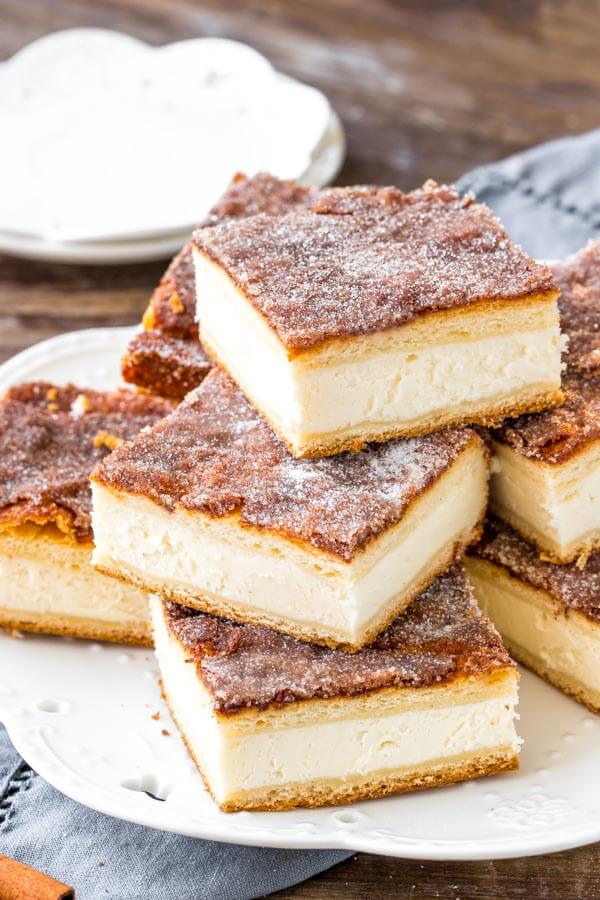 The sopapillas that most North Americans know and love are a traditional Hispanic dessert that’s thought to have originated in Albuquerque, New Mexico. It’s a deep-fried pastry that’s often dusted with powdered sugar, sprinkled with cinnamon sugar or drizzled with honey. They can have a variety of different fillings, including both sweet and savory. When the pastry is fried it creates little air pockets and becomes pillowy soft.

How to Make Sopapilla Cheesecake Bars 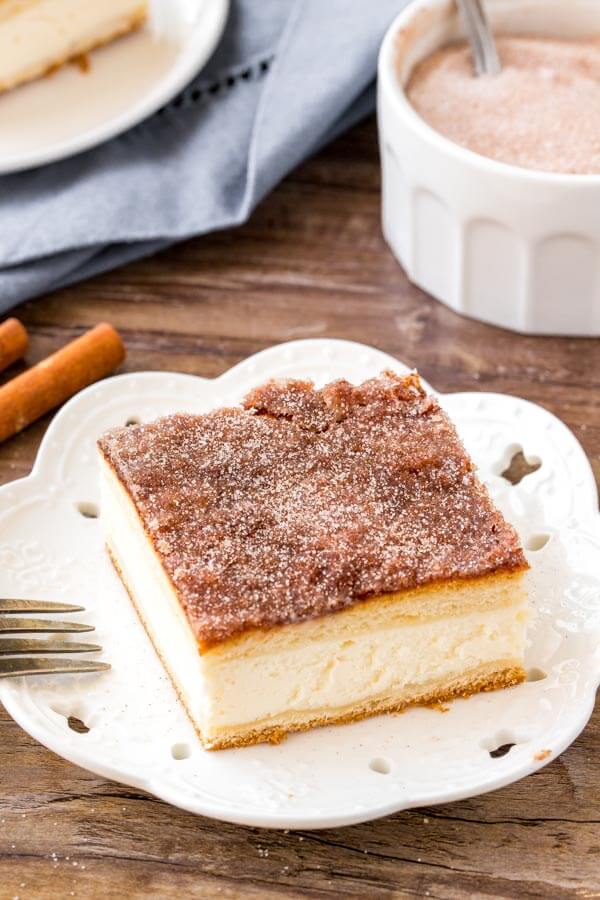 For this recipe, we’re skipping any deep frying and using pre-made crescent rolls instead. They’re flaky, buttery & make this recipe super easy. If you prefer, you could use puffed pastry instead. Here’s the recipe rundown (the full recipe is at the bottom of the post):

Cool the cheesecake fully to room temperature, and then place in the fridge for at least 3 hours before serving. For an extra decadent treat, you could top them with a drizzle of honey or a drizzle of cream cheese icing. 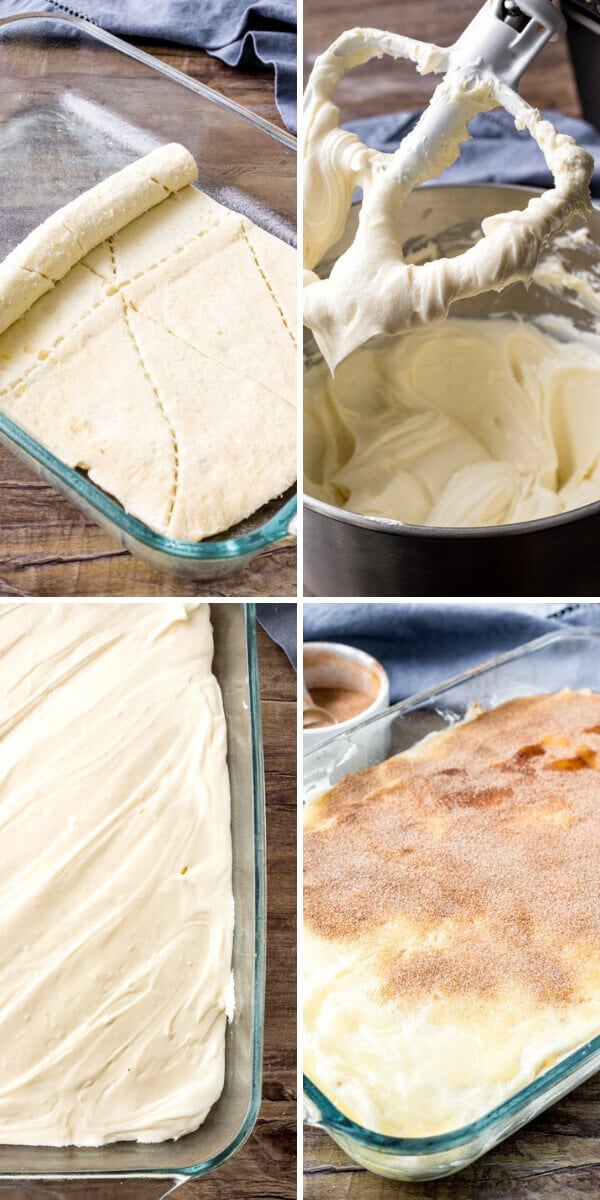 Now for a few common questions:

Can I make these sopapilla cheesecake bars without crescent rolls? Yup! Feel free to use puffed pastry instead.

I only have lite cream cheese – will that work? I do not recommend using lite or spreadable cream cheese when making cheesecake because it isn’t thick enough.

Can I freeze this cheesecake recipe? Absolutely. Cheesecake freezes very well. Thaw in the fridge overnight before enjoying. 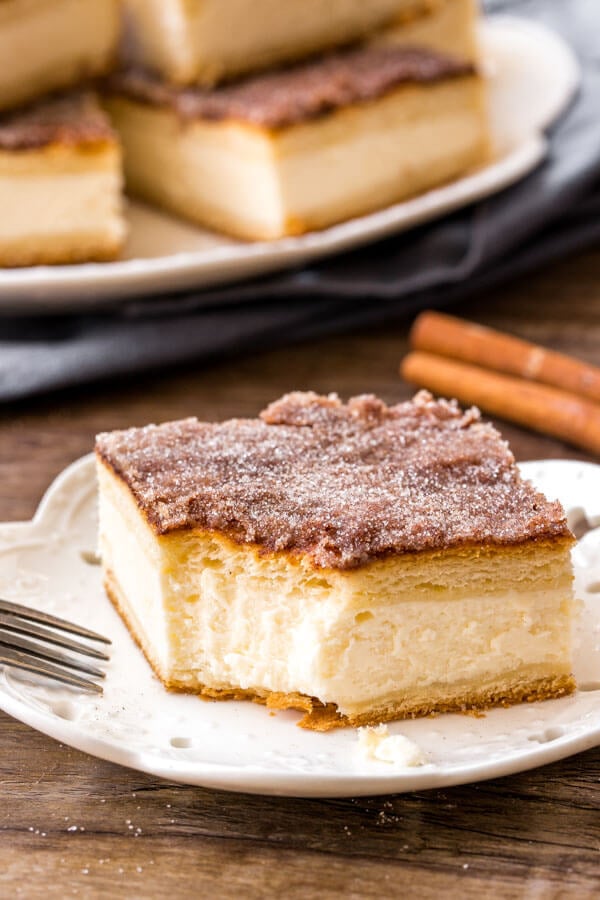 With flaky, buttery pastry, extra creamy cheesecake, and cinnamon sugar – what’s not to love about sopapilla cheesecake bars? So easy, so delicious, and the perfect cheesecake recipe to add to your repertoire.

For more cheesecake recipes, try these other favorites:

Or for more cinnamon sugar recipes, try these: 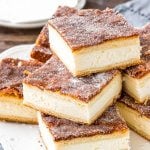